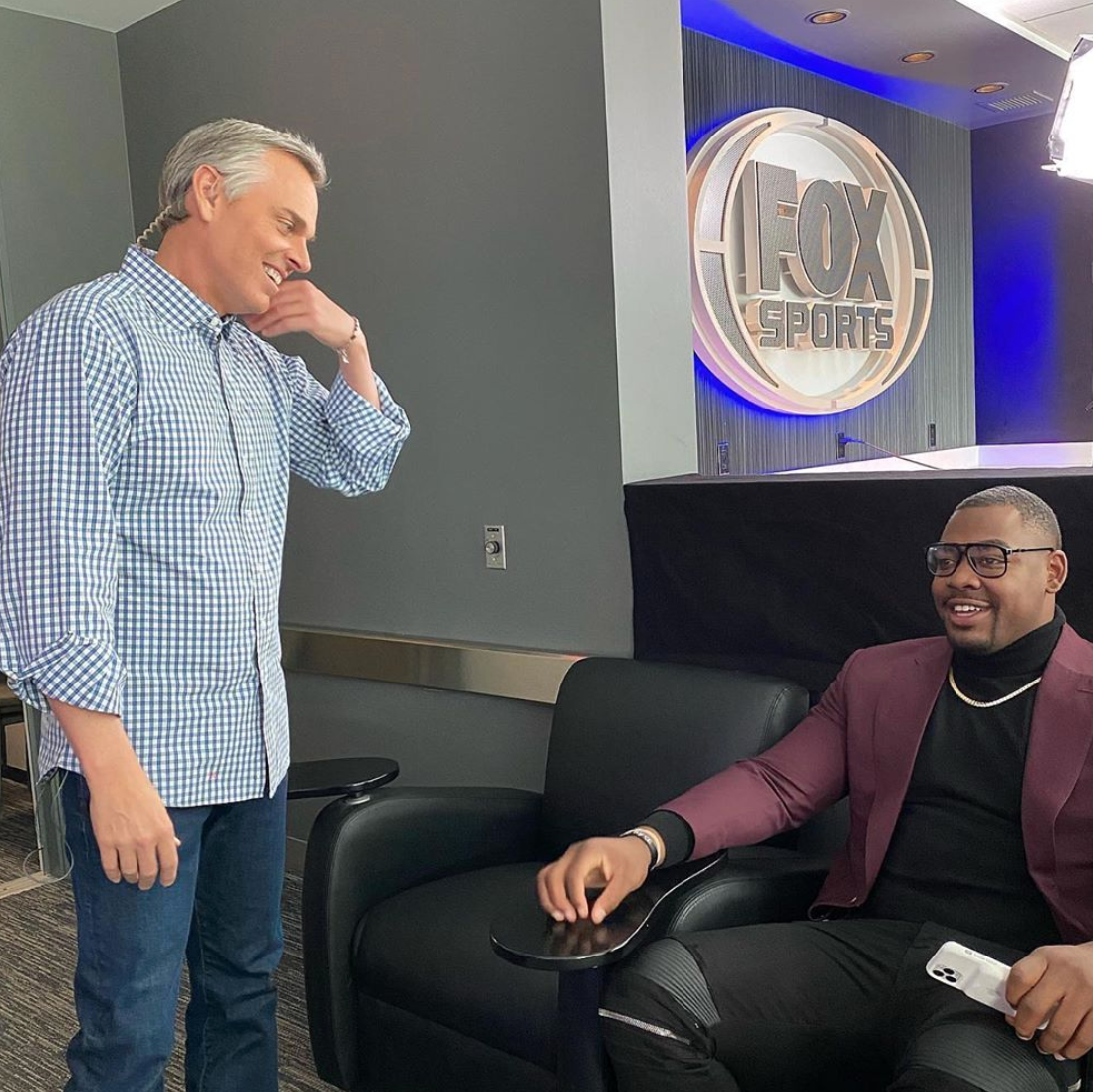 Colin Cowherd, one of the most thought-provoking sports hosts in the country, joined FOX Sports and Premiere Networks in September 2015 as a television, radio and digital personality.

Cowherd’s three-hour sports talk program, THE HERD WITH COLIN COWHERD, airs simultaneously on FS1 and the FOX Sports Radio Network on weekdays. THE HERD is also available on www.FOXSportsRadio.com, www.FOXSports.com and has a dedicated iHeartRadio station, available live and throughout the day. Cowherd also appears on FOX NFL KICKOFF, the Sunday morning NFL pregame show leading into FOX NFL SUNDAY, and contributes to coverage of many of FOX Sports’ marquee events.

Cowherd was host of ESPN Radio’s “The Herd with Colin Cowherd,” airing nationally weekdays and simulcast on ESPNU. Before joining ESPN, Cowherd hosted a popular three-hour morning drive program, “The Herd,” at KFXX 910-AM in Portland, Ore.

Cowherd also hosted “Colin’s New Football Show” on ESPN2 in 2013 and 2014, in addition to a variety of programs on ESPN2, ESPNU and ESPN Classic. He was the original co-host of “SportsNation” on ESPN2. Cowherd joined ESPN Radio in 2004 when his program launched as an hour-long broadcast on the West Coast. He also anchored weeknight sports and Sports Sunday for KGW Northwest NewsChannel 8. Cowherd’s rise in the industry also includes serving as sports anchor at Tampa’s WTVT-TV, where he received a local Sports Emmy for “Buc Sunday,” and as sports director at KVBC-TV in Las Vegas, where he earned multiple Nevada Sportscaster of the Year awards. He began his career as the play-by-play voice for the Pacific Coast League’s Las Vegas Stars baseball team.

In 2013, Cowherd’s first book, “You HERD Me!” was a “New York Times” bestseller, spending five weeks on the list in hardcover. His second book, “Raw: My 100% Grade-A, Unfiltered, Inside Look at Sports,” was released in October 2015. In August 2015, Rogue Ales & Spirits, based in Newport, Ore., partnered with Cowherd to release “Blunt N’ Bitter” microbrew – the official beverage of Cowherd and THE HERD.

A native of Grayland, Wash., Cowherd graduated in 1985 from Eastern Washington University, where he got his broadcasting start. He resides in Los Angeles with his wife, Ann, and has two children.

Book An Experience With Colin Cowherd