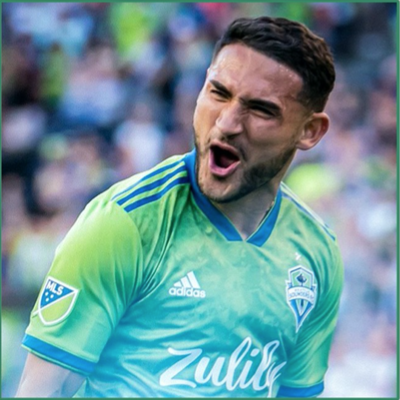 Cristian Roldan is an American soccer player for the United States Mens National Team and Seattle Sounders of the MLS. Originally from Pico Rivera, California, Roldan was the 2013 Gatorade High School National Player of the Year in soccer. Roldan went onto play 2 seasons for the University of Washington Huskies before being selected 16th overall in the 2015 MLS Super Draft by the Seattle Sounders. In 2017, Roldan made his international debut for the USMNT and has made 19 international appearances since.

Book An Experience With Cristian Roldan