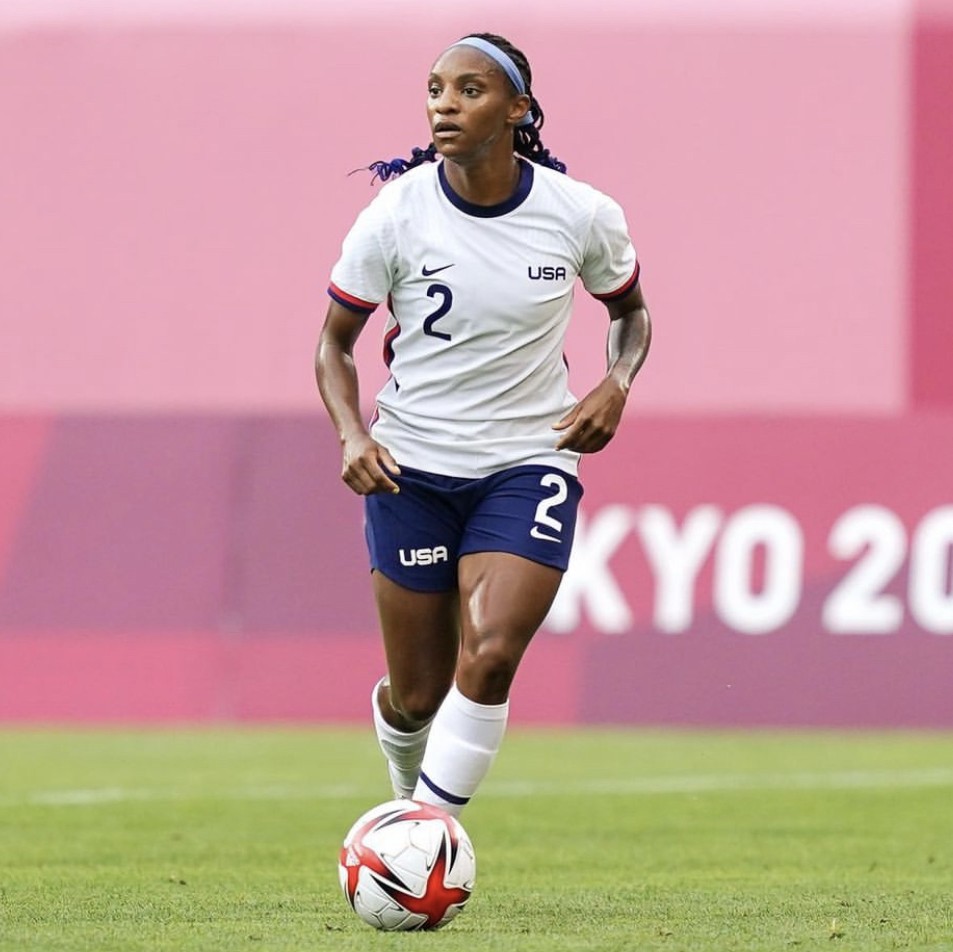 Crystal Dunn attended the University of North Carolina at Chapel Hill and became the first freshman to ever win the ACC Defensive Player of the Year award. She helped lead the Tar Heels to win the NCAA Women’s Soccer Championship in 2012. In 2013, Dunn was named the Hermann Trophy winner, ACC Athlete of the Year and ACC Defender of the Year.

Dunn was selected first overall by the Washington Spirit in the 2014 NWSL College Draft. In 2015, she became the youngest player to win both the NWSL Golden Boot and the NWSL Most Valuable Player award at the age of 23. Dunn signed with FA WSL 1 club Chelsea for the 2017 season. In 2018, she signed with the North Carolina Courage. Dunn led the team to win back-to-back NWSL Championships and NWSL Shields in 2018 and 2019. In 2013, Dunn received her first call up to the USWNT. During her more than 100 games with the USWNT, she has helped the team to win the 2015 Algarve Cup, three SheBelieves Cups (2016, 2018 and 2020) and the 2019 FIFA Women’s World Cup.

Book An Experience With Crystal Dunn