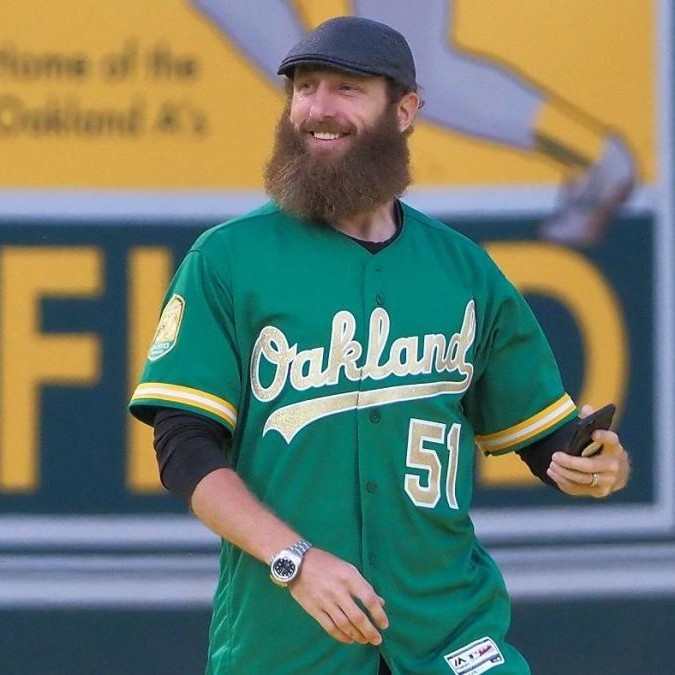 Dallas Braden is a former MLB pitcher. He pitched for the Oakland Athletics from 2007 through 2011. On May 9, 2010, Braden pitched a perfect game, the 19th in baseball history. The next season, shoulder problems were the first of a series of injuries that forced him to retire in 2014 after not throwing a pitch for two and a half seasons. After retiring, Braden joined ESPN as a Baseball Tonight analyst and, the next season, moved into the broadcast booth as a color analyst on games. On July 14, 2017, Braden debuted on NBC Sports California as a new field-level analyst for the A's broadcasts. Since then, he has substituted for Ray Fosse in the TV booth as a color commentator. In 2017, Braden started a podcast and Facebook Live show, "Starting 9", with co-host Jared Carrabis on Barstool Sports. He also hosts a radio show on Barstool's SiriusXM channel called Dialed In with Dallas Braden.

Book An Experience With Dallas Braden

Submit an inquiry if you are interested in partnering with Dallas on an endeavor in M...