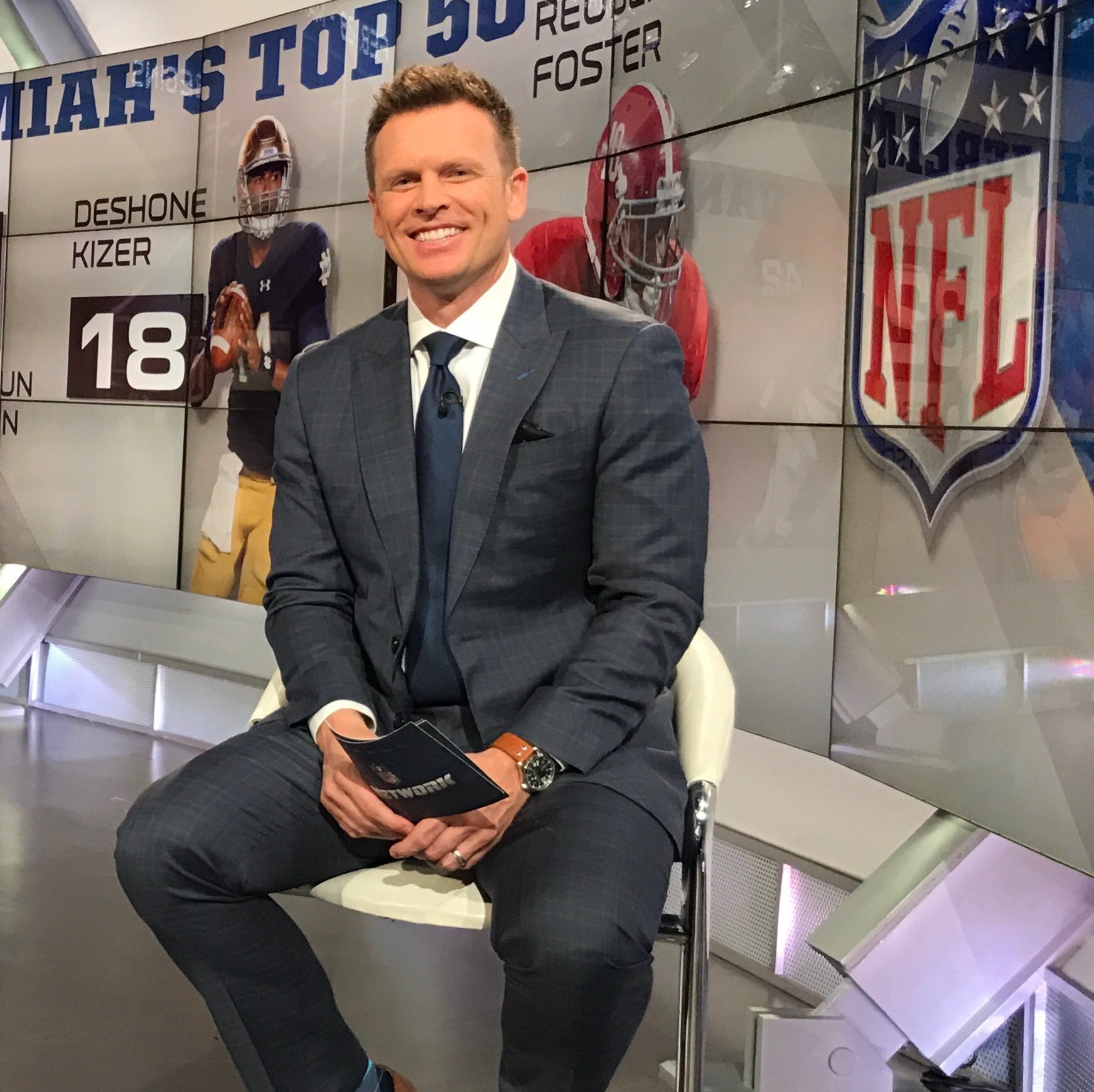 Dan Hellie joined NFL Network in 2013 as host of the network's flagship daily show, NFL Total Access. Dan has also hosted Game Day Live on Sundays, been part of combine & draft coverage, Thursday Night Football and hosted the Network's schedule release show. Outside of NFL Network, Dan is the preseason television voice of the Tennessee Titans and does play by play for college basketball games. Prior to his arrival at NFL Network, Dan was the Sports Director for the NBC owned station in Washington, D.C., WRC. During his tenure in D.C., Dan won two EMMY awards, one for "Best Sports Anchor." Dan's responsibilities at NBC Washington included anchoring the daily sportscasts, hosting a weekly Redskins show and the Redskins coaches show. In addition to covering the Redskins for NBC Washington, Dan covered many major sporting events including: Super Bowls, World Series, NCAA Final Fours, the U.S. Open, Stanley Cup playoffs and NBA playoffs. In 2012, Dan spent a month in London covering the summer Olympics. An avid (and very average) golfer, Dan also spent a week as co-host on the Golf Channel's "Morning Drive" show. Prior to landing a job in Washington, D.C., Dan was sports director for WFTV (ABC) in Orlando (where he rode a bull). He also worked as a sports anchor in West Palm Beach, FL, Florence, SC, and Alexandria, MN. Dan is a proud graduate of the University of Tennessee where he was in the same graduating class as Peyton Manning. He currently resides with his family in Manhattan Beach, CA.

Book An Experience With Dan Hellie

Book Dan to moderate a panel discussion or MC your event!