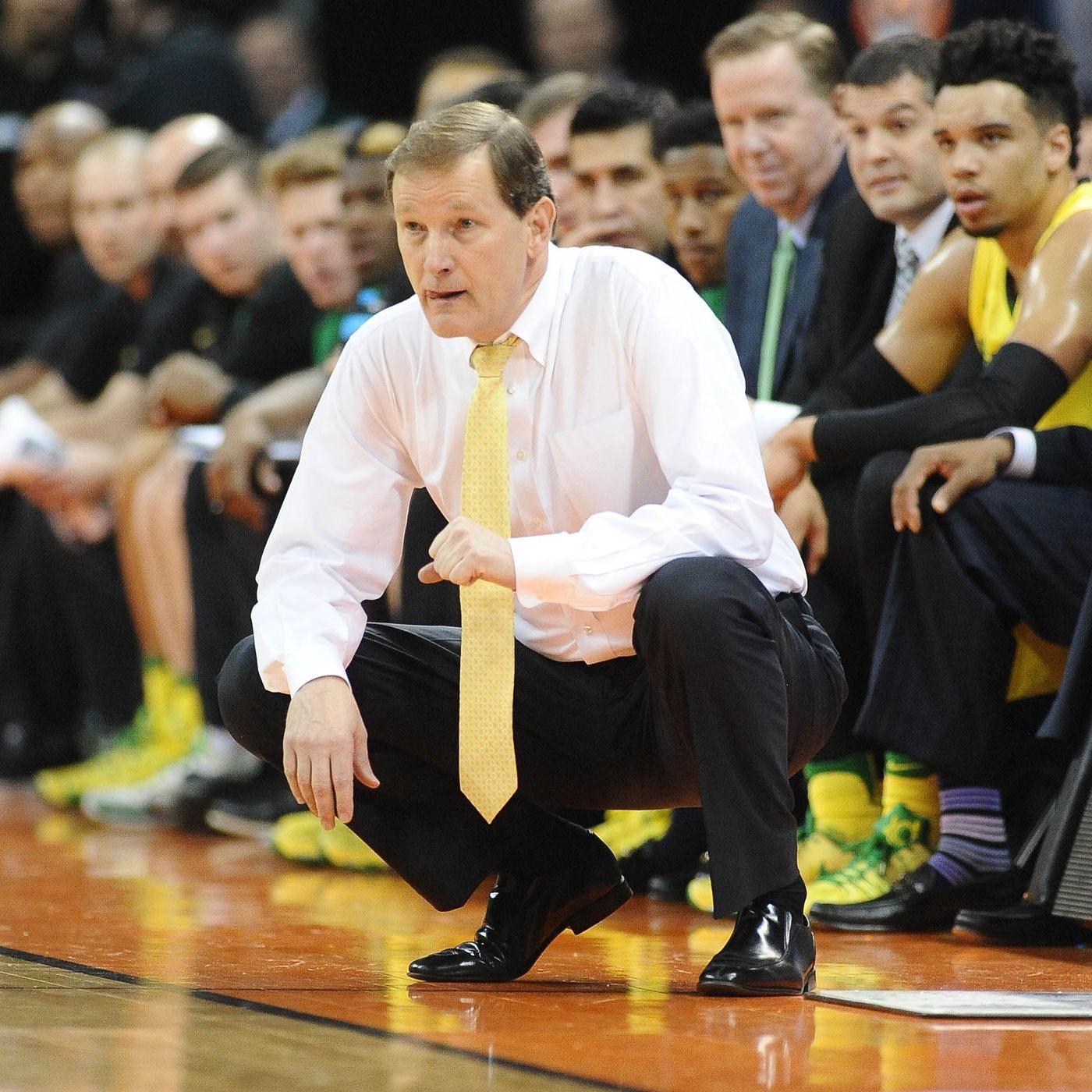 Dana Altman is an NCAA Mens Basketball coach for the Oregon Ducks. Altman is one of only five active coaches in NCAA Division I with 23 consecutive winning seasons. He is part of an exclusive fraternity that includes Hall-of-Famers Mike Krzyzewski, Tom Izzo, Bill Self and Jim Boeheim.

He is the 34th head coach to record 600 career wins at the Division I level and is the winningest head coach in Oregon history. In 2016-17, Altman led Oregon back to the Final Four for the first time in 78 years. In 2019, he became the winningest coach in Pac-12 Tournament history, reaching 19 victories.

Altman, the 19th head coach in the history of the University of Oregon men’s basketball program, has led the Ducks to 10 consecutive 20-win seasons and 10 postseason appearances. He led Oregon to five straight NCAA Tournaments (2013-17) for the first time in school history, winning at least one game in each of those years. Included in those NCAA appearances are a Final Four (2017), two Elite Eights (2016, 2017) and three Sweet 16s (2013, 2016, 2017). The Ducks made their fourth Sweet 16 appearance under Altman in 2019 and were named the Pac-12’s automatic qualifier for the 2020 NCAA Tournament before the worldwide Coronavirus epidemic canceled the postseason. Altman now has 22 seasons of 20-plus wins to his credit (11 at Creighton, 10 at Oregon, one at Kansas State).

Altman arrived at UO after spending 16 seasons at Creighton where he became the school’s all-time winningest coach with a record of 327-176 (.650). He led the Blue Jays to 13 consecutive postseason appearances, a stretch of 11 straight seasons with 20-plus wins, all while producing 10 or more league victories in each of the last 14 seasons. Those three feats were unmatched in the 103 years of the Missouri Valley Conference.

Book An Experience With Dana Altman