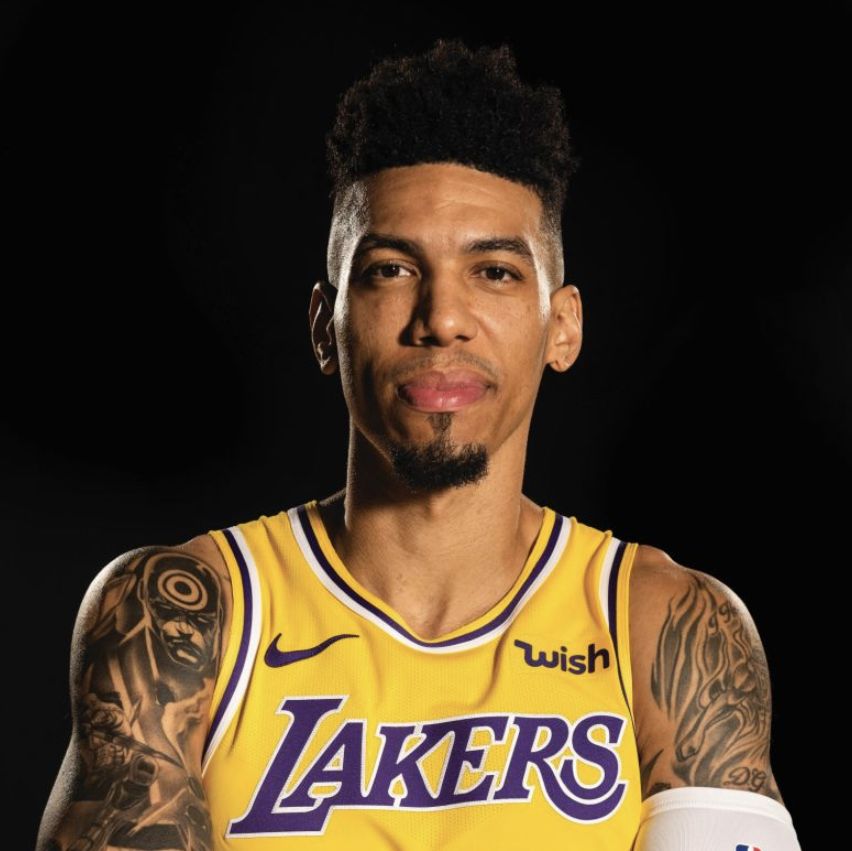 Danny Green is a professional basketball player for the Philadelphia 76ers. He is a 3x Champion with three different teams. Green is the top 20th player in NBA history and 6th among active players in playoff three-pointers with 283. Green holds the second-highest record of three-pointers made in a single NBA Finals series with 27 three-pointers. He is second only to Stephen Curry of the Golden State Warriors. On December 16, 2015, Green passed Hall of Famer Larry Bird in career 3-pointers made with 651 points. Green averaged 11.7 points, 4.2 rebounds, and 1.2 steals while shooting 87.4% from the free-throw line in 28.5 minutes per game in the 2014-2015 season with the San Antonio Spurs. On April 11, 2014, Green posted a career-high of 33 points versus the Phoenix Suns. The same spring, Green helped lead the Spurs to an NBA Championship. The Cleveland Cavaliers drafted Green as the No. 46 overall selection in the 2009 NBA Draft. While at UNC, Green played more games (145 games) and had more wins (123 wins) than any Tar Heel before his time. Green finished his college career as the only player in ACC history to tally at least 1,000 points, 500 rebounds, 250 assists, 150 three-pointers, 150 blocks and 150 steals and is the only player in North Carolina history to record 100 or more blocked shots and three-point field goals. Green has hosted numerous youth camps in meaningful markets that have impacted his basketball journey including New York, North Carolina, Ontario, and Texas. Eager to explore his interest in sports broadcasting, Green completed the NBPA 10th Annual Sportscaster U initiative in 2017 where he spent four days learning about the field from industry experts and gaining valuable hands-on experience. Green’s second cousin, Gerald Green, plays for the Houston Rockets. He also hosts a podcast called Inside the Green Room.

Book An Experience With Danny Green