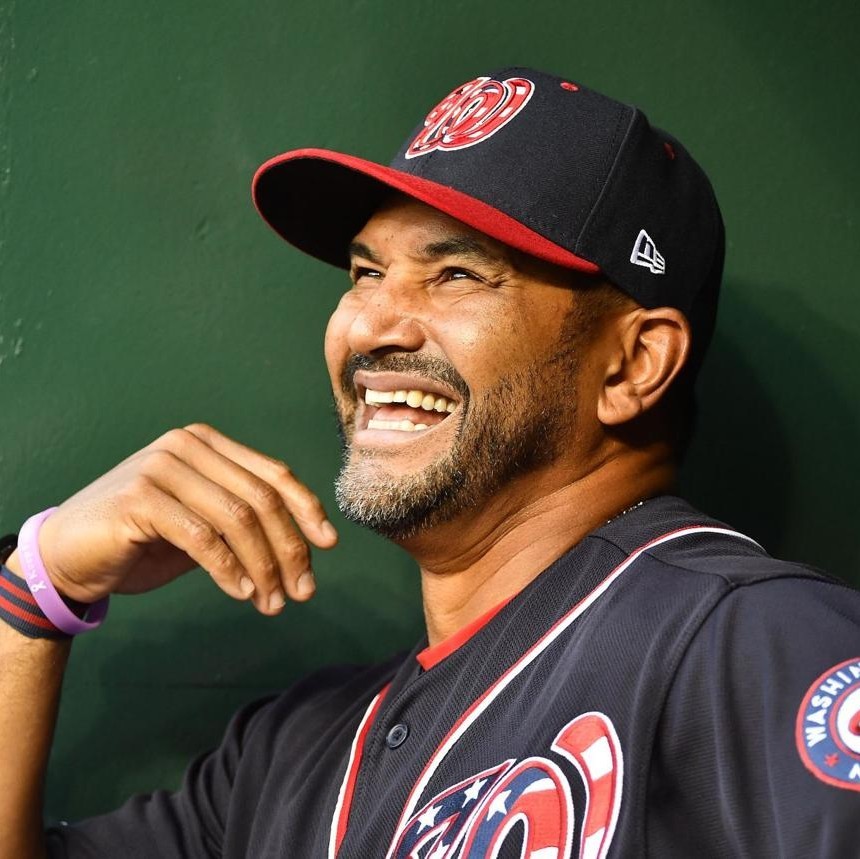 Dave Martinez is a former MLB outfielder and current manager of the Washington Nationals. In his second season as manager of the Nationals, Martinez led the team to a World Series title, defeating the Houston Astros.

Martinez became the bench coach for the Rays in 2008, under manager Joe Maddon. When Maddon became manager of the Cubs after the 2014 season, Martinez joined him there as bench coach. As a coach of the Cubs, Martinez won the 2016 World Series. The Nationals hired Martinez as their manager after the 2017 season, and he led the team to a 2019 World Series championship in his second season.

Book An Experience With Dave Martinez

Book Dave to keynote your upcoming conference, appear on your next panel, or speak to...