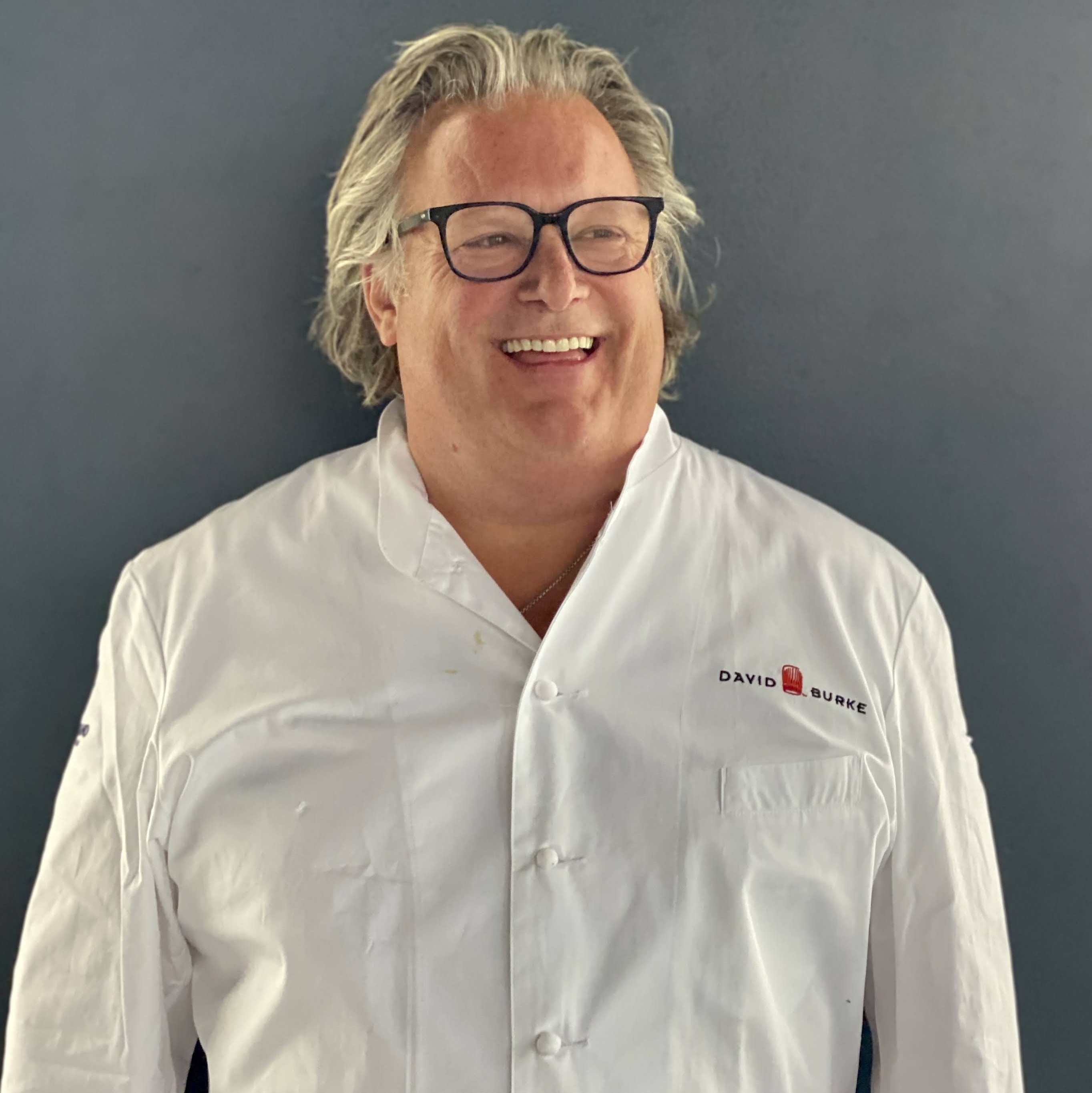 Fueled by passion, grit and a knack for artful innovation, David Burke is one of the best known and most respected chefs in modern American cuisine. Acknowledged as a leading pioneer in American cooking, Burke, a proud New Jerseyan who was born in Brooklyn, is recognized internationally for his revolutionary techniques, exceptional skills, successful restaurant empire and many TV appearances. In the parlance of today’s celebrity-driven culture, he is a rock star of the culinary world. At just 26, Burke’s kitchen mastery won him the executive chef position of New York City’s legendary River Café. While there, he became the first (and remains the only) American to win the prestigious Meilleurs Ouvriers de France Diplôme d’Honneur, cementing his status as a leading chef on the global culinary stage. He subsequently won Japan’s Nippon Award for Excellence, the Robert Mondavi Award of Excellence and two nominations for James Beard Best Chef. Burke was awarded a coveted three-star New York Times review for the River Café and later became a familiar guest on TV’s Top Chef.

Having established a remarkable reputation, Burke set his sights on restaurant ownership. Having opened many restaurants with the founder of the iconic Smith & Wollensky steakhouse brand, he formed a hospitality company, which owned and operated numerous award-winning restaurants around the country. It was during this period Burke gained U.S. patents for several innovations, including his famous Himalayan salt dry-aging process for beef. Subsequently, Burke founded DB Global and David Burke Hospitality Management, which owns and manages, licenses and consults with restaurants, hotels, clubs and schools worldwide.

Highly regarded for his industry insight, culinary accomplishments and candid delivery Burke is often a leading contributor to major news sources, such as ABC TV, Forbes, Fox TV, Bloomberg and more. He is also frequently called upon to play the role of event honoree, speaker, (such as for TEDx Ashbury Park), and judge. A force to be reckoned with, Burke continued to push forward through the pandemic catastrophe with the #Feed the Heroes program which prepared and delivered more than 100,000 meals to frontline workers and charities. And he experienced an uptick in sales of his high-end cookware line, Freiling, available on Chef’s Website, and his namesake consumer line sold at TJMAXX, Marshalls and HomeGoods. Sheer boredom during the lockdown spurred his hugely popular and hilarious cooking demos “LeftobyDB,” with Lefto the puppet bearing an uncanny resemblance to Burke with unruly gray hair, large, framed glasses, and a chef’s coat. In addition, Burke launched a virtual online cooking demo program, CookinDB IGTV, and employee incentive initiatives tailor-made for Fortune 500 companies like Verizon. From the ashes of the nation’s devastated restaurant industry rose nine new Burke restaurants in Saudi Arabia, NC, and NJ, including his masterpiece Orchard Park by David Burke, his first-ever complete buildout project. Burke is the author of two cookbooks, Cooking With David Burke and David Burke’s New American Classics.

Book An Experience With David Burke