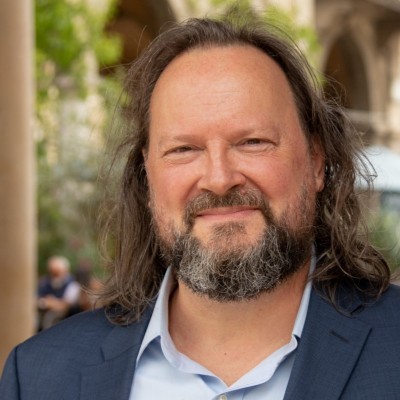 David is an investor, entrepreneur, author, keynote speaker, and thought leader of the global technology landscape. His entrepreneurial accomplishments span several companies founded and grown over more than twenty years. Born in Budapest, Hungary, he studied Physics at the University of Milan and the University of Padua.

An early adopter of blockchain technologies and an active Bitcoin investor since 2010, he was the first to own Ether during the Ethereum launch in 2014. He also led the adoption of Bitcoin and blockchain in start-ups and is an advisor and investor in numerous blockchain companies and funds, such as Bitnation, Neuromation, Sun Exchange, Wealth Migrate, Blockchain Capital, Bancor, Swarm Fund, and others. David was the keynote speaker at the first Ethereal Summit in May 2017 in New York with an inspiring vision of how Blockchain technologies will catalyze a phase change in the socio-economic organization of our societies, and in March 2018 at Blockchain Unbound in Puerto Rico where he detailed the emancipation and empowerment that non-zero-sum technologies are spreading worldwide.

As a sought-after speaker, he has given over 100 keynote addresses and speeches around the world for organizations including Abbvie, Cisco, Oracle, Roche, E&Y, Accenture, Gilead, ENEL, Intesa, Banca Sella, Mediolanum, Alphabet, Internet Advertising Bureau, European Foundation for Management Development, and H-Farm. You can read his full bio here.

Book An Experience With David Orban