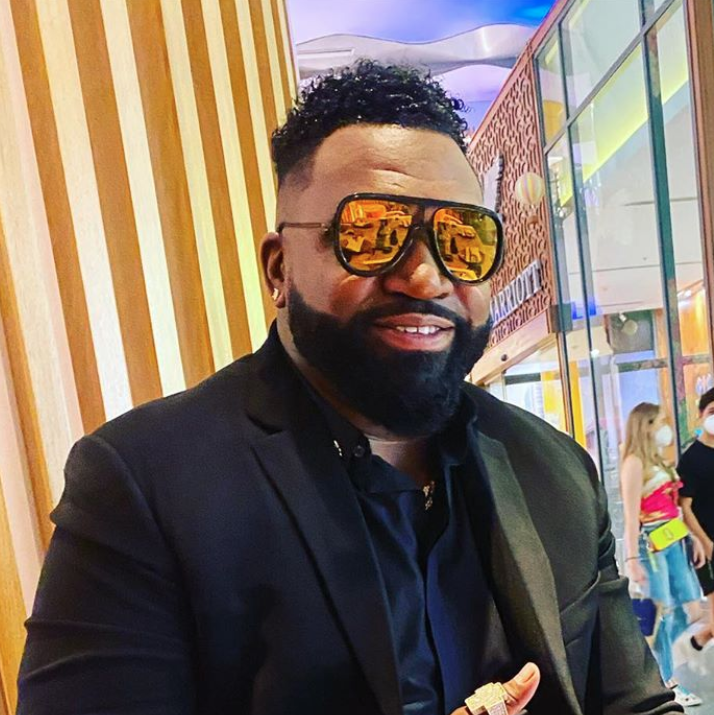 David Ortiz, nicknamed "Big Papi," is a Dominican-American former Major League Baseball designated hitter (DH) and first baseman who played 20 seasons in the MLB, primarily with the Boston Red Sox. He also played for the Minnesota Twins. During his 14 seasons with the Red Sox, he was a ten-time All-Star, a three-time World Series champion, and a seven-time Silver Slugger winner. Ortiz also holds the Red Sox single-season record for home runs with 54, which he set during the 2006 season.

Ortiz finished his career with 541 home runs (which ranks 17th on MLB's all-time home run list), 1,768 runs batted in (RBIs, 22nd all-time), and a .286 batting average. Among designated hitters, he is the all-time leader in MLB history for home runs (485), RBIs (1,569), and hits (2,192). Regarded as one of the best clutch hitters of all time, Ortiz had 11 career walk-off home runs during the regular season and two during the postseason, famously his grand slam against the Detroit Tigers 2013 ALCS. For his career achievements with the Boston Red Sox, Ortiz had his number 34, retired by the organization, and was inducted into the Boston Red Sox Hall of Fame. Along with his achievements with the Red Sox, Ortiz is also a seven-time Silver Slugger award winner, two-time AL Hank Aaron award winner, the ALCS MVP, World Series MVP, and the Roberto Clemente Award.

In 2007, Ortiz founded the David Ortiz Children's Fund to support a range of his favorite causes and to help children from Boston to the Dominican Republic and beyond. In 2008, Ortiz allowed his likeness to be used on a charity wine label called Vintage Papi, going to the Children's Fund. In 2016, Ortiz joined UNICEF Kid Power as a brand ambassador Kid Power Champion for a global mission in Burkina Faso. A 2017 roast of Ortiz raised $335,000 for his Children's Fund.

Off the diamond, Ortiz has authored 2 books, "Papi: My Story" and "Big Papi: My Story of Big Dreams and Big Hits." Since his retirement, Ortiz has contributed to Fox Sports' baseball coverage and has developed an extensive network of brand partners. Ortiz also released four episodes of his podcast, David Ortiz: The Big Papi Story, in 2018.

Book An Experience With David Ortiz