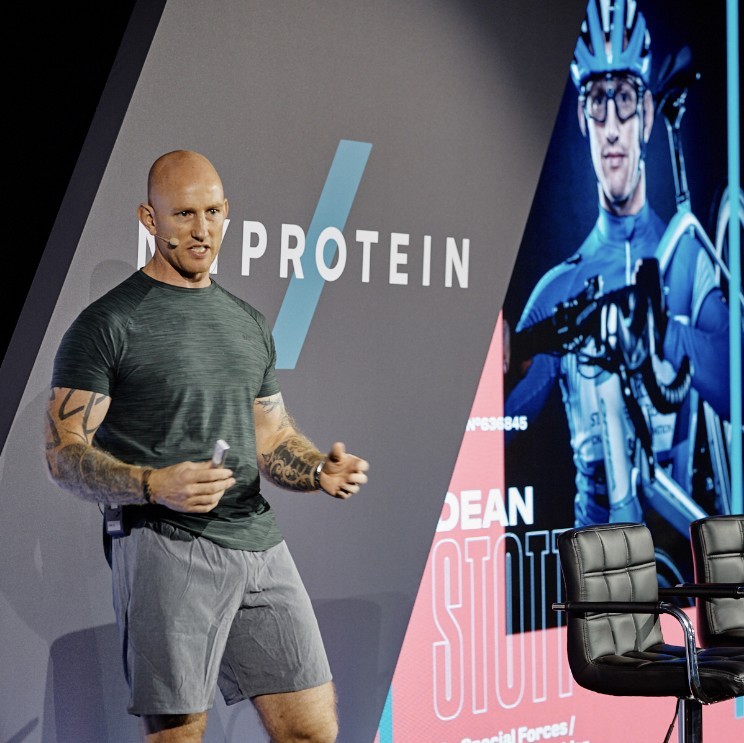 Dean Stott is a former British Special Forces Soldier, making it through the Special Forces gruelling 6 month selection process, Dean became one of the very first army members to join the SBS (Special Boat Service). Throughout his esteemed military career,he has conducted deployments to overseas hostile environments and been involved in Counter Terrorism operations; he has travelled to some of the toughest places in the world. Dean left the military after 16 honourable years having suffered a severe knee injury in a parachuting accident in 2011.

He then established a distinguished career in the private security sector: he was renowned for his willing to take on any job, no matter how dangerous. The man who went, when others wont. Dean has faced extortion, kidnapping, civil war, pirates, military coups and single handedly responsible for the evacuation of the Canadian Embassy rescuing 4 diplomats and 18 military personnel from Libya to Tunis in 2014.

However, in 2016 Dean was ready for a new project and wanted to use this to help others. He began training to cycle the longest motorable road in the world – The Pan American Highway. Dean passed through 14 countries on his expedition, crossing some of the most dangerous passages in the world. Prior to his training, Dean had never cycled more than a few miles. In the final stretch, Dean continued for 17 hours and driven by his determination covered 544 Km (340 miles) on his longest day. Dean completed the 14,000 mile route from Argentina to Alaska in May 2018, gaining two world records and raising an incredible amount of money for charity in the process.

Dean continues to live by the Special Forces’ ethos of ‘the unrelenting pursuit of excellence’. The determination required throughout his career has become an integral part of Dean’s character.

Dean is now a renowned international speaker, presenting to blue chip corporates, sporting bodies, military units, universities and schools. Dean has presented to audiences all over the globe with audiences up to 10'000.

Book An Experience With Dean Stott

Dean is fast becoming one of the UK’s most sought after speakers. Drawing from his we...

Review: Dean is an incredibly engaging, inspiring and thought provoking speaker with a modest approach that leaves the whole room reflecting on their own capability and opportunity to do great things and take action. Many speakers tell a story but Dean inspires action and helps to break down the barriers of our own perceptions and self-belief. I have spent time with Dean in both corporate speaking environments and hosted dinners, both different in approach but equally compelling, thought provoking and fun to be a part of – Fantastic feedback received from all of our guests. I would recommend Dean for Corporate events, Dinner speaking and Team Building opportunities! A true inspiration and genuinely top bloke.

Review: The Relentless Pursuit of Excellence is a strapline that resonated for obvious reasons and whatever field you happen to be in, that should be the goal for any business. Dean has a fascinating and entertaining story that has some very simple and clear messages about how to plan and execute an objective and exceed one’s expectations. I’d recommend anyone to listen to his story and am sure it will entertain and inform everyone, irrespective of gender, ethnicity and disability.

Review: Listening to Dean makes you realise the potential within us all. His story is extraordinary - and he tells it brilliantly. But he’s also a record-breaker, athlete and warrior with a sense of humour. And a humility that sends you away wondering just what you could achieve too. I wish I could have a talk from Dean every day when I wake up.