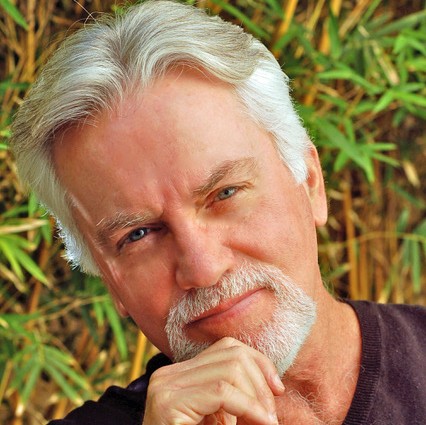 Throughout his lifetime, Dr. Dennis Merritt Jones has been on a quest to inspire and lift people to a higher expression of life. His personal vision is to guide people to their purpose, knowing that when one fully awakens to who they are and why they are on the planet, they begin to naturally share their gift with humankind and, in the process, create an enriching life for themselves and the world around them.

Dennis' impactful insights have awarded two of his books, The Art of Uncertainty and The Art of Being, the Nautilus Awards which highlight books that offer new ideas and options for a better world for everyone. In addition, both writings have received Books for a Better Life Award from the Multiple Sclerosis Society. The Art of Uncertainty was also the 1st runner-up in the 2012 Books for Conscious Living.

In addition to his books, Dennis is a past columnist for the Huffington Post, and currently writes for the Paradise News and Science of Mind magazine. Dennis believes we each have the capacity and, ultimately, the responsibility to contribute something positive to this world, leaving it a better place than it was when we arrived. His teachings promote a contemporary, life affirming, spiritually logical and positive outlook on life, which are reflected in his writings.

Dennis is a universal keynote speaker who is equally comfortable speaking to an audience seeking spiritual inspiration or to those seeking a purely secular motivational message. As an author, mentor, and keynote speaker he uses his understanding of universal principles to draw upon wisdom from both eastern and western philosophies. He believes that there is a deeper consciousness of unity, cooperation and reverence rising in humankind where the value of all life, regardless of ethnicity, geography, culture or sexual orientation, is considered sacred. He believes this consciousness of unity, cooperation and reverence for life and the planet will be one of the most significant influences upon society as we approach the challenges of 21st century living.