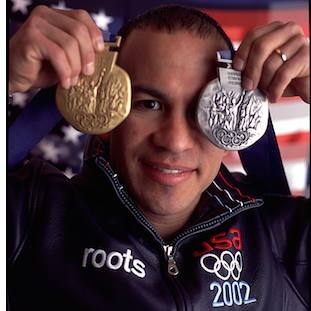 Derek Parra is a two-time Olympian (1998, 2002) who represented the United States in speedskating. In 2002, Parra won a Gold and a Silver, announcing the arrival of US Speedskating on the world stage. He also had the honor of carrying the American Flag at the opening ceremony of the 2002 games. Afterward, he was named one of Hispanic Business Magazine’s 100 Most Influential Hispanics in the United States. He has also turned his story into an award-winning book, Reflections in the ice- Inside the Heart and Mind of an Olympic Champion. Derek now resides in Salt Lake City and can be reached for business, philanthropic, or athletic inquiries.

Book An Experience With Derek Parra