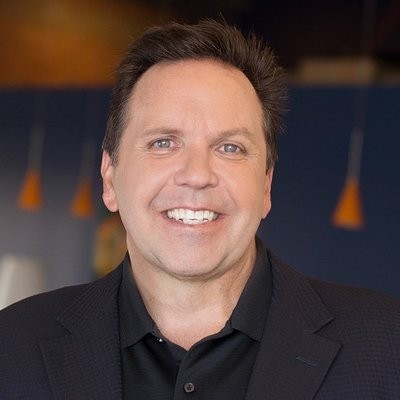 Don Yaeger is a nationally acclaimed inspirational speaker, longtime Associate Editor of Sports Illustrated,  author of over 30 books, eleven of which have become New York Times Best-sellers, and host of the Corporate Competitor Podcast. He began his career at the San Antonio Light in Texas, and also worked at the Dallas Morning News and the Florida Times-Union in Jacksonville before going to work for Sports Illustrated.

As an author, Don has written books with, among others, Hall of Fame running back Walter Payton, UCLA basketball Coach John Wooden, baseball legends John Smoltz and Tug McGraw, and football stars Warrick Dunn and Michael Oher (featured in the movie The Blind Side). He teamed with Fox News anchor Brian Kilmeade to pen the 2013 best-seller George Washington’s Secret Six, a look at the citizen spy ring that helped win the Revolutionary War and then again in 2015 for Thomas Jefferson and the Tripoli Pirates: The Forgotten War that Changed American History, and in 2017 for Andrew Jackson and the Miracle of New Orleans:  The Battle that Shaped America’s Destiny.

Don left SI in 2008 to pursue a public speaking career that has allowed him to share stories learned from the greatest winners of our generation with audiences as diverse as Fortune 10 companies to cancer survivor groups, where he shares his personal story. More than a quarter-million people have heard his talks on “What Makes the Great Ones Great.” He collaborated with the Florida State University School of Business’s Continuing Education Program to build a corporate webinar program focusing on lessons building a culture of success within an organization. This naturally led to another keynote speech on “What Makes the Great Teams Great.”  The release of his tenth New York Times best-seller, Teammate, was the inspiration for his newest keynote on “Becoming a Team of Great Teammates.”

Book An Experience With Don Yaeger

Yaeger has worked with a range of leaders from the president of t...