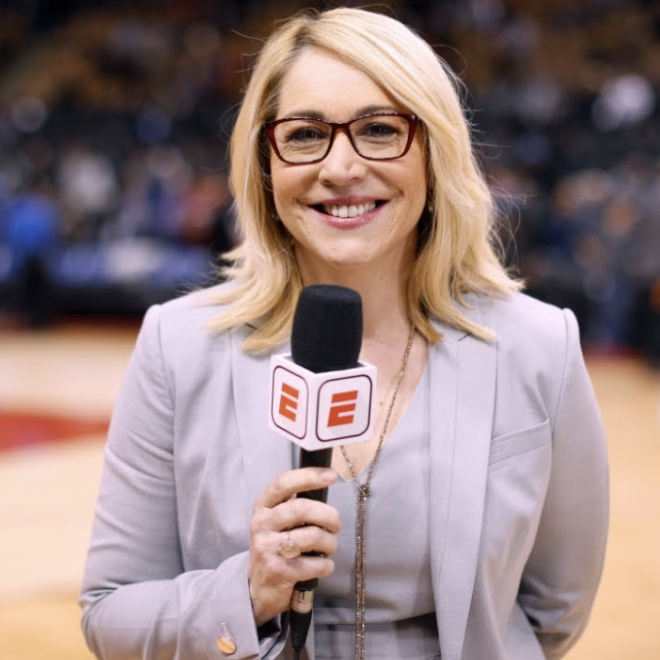 ESPN named Doris Burke a full-time ESPN NBA game analyst just ahead of the 2017-18 NBA season. Across nearly three decades, she has been a top commentator on several significant ESPN properties, including the NBA, women’s and men’s college basketball and the WNBA. She also serves as the lead ESPN NBA sideline reporter for NBA playoff games and the NBA Finals on ABC. Burke has covered basketball for ESPN since 1991 and has been the recipient of several awards and honors, including most recently when she was one of the recipients of the 2017 WISE Women of the Year award.

Book An Experience With Doris Burke

Submit an inquiry if you are interested in partnering with Doris...

Book Doris to hear about her incredible journey through the sport...