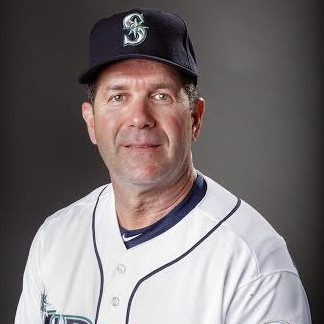 Edgar Martinez is a Puerto Rican former MLB designated hitter and third baseman for the Seattle Mariners. Martínez was a seven-time MLB All-Star, five-time Silver Slugger, and two-time batting champion. He is one of 18 MLB players to record a batting average of .300, an on-base percentage of .400, and a slugging percentage of .500 in 5,000 or more plate appearances. The Mariners retired his uniform number and inducted him into the Seattle Mariners Hall of Fame. Martínez was elected into the National Baseball Hall of Fame in 2019. Martinez also served as the Mariners hitting coach from 2015-2018.

Off the diamond, Martinez is a philanthropist and humanitarian. Martínez and his wife Holli have contributed their time and money to Seattle Children's Hospital, including the Edgar Martínez Endowment for Muscular Dystrophy Research, established by the Mariners in honor of his retirement, and the Children's Hospital Annual Wishing Well Night at T-Mobile Park. Martínez has also supported the Parent Project Muscular Dystrophy, Overlake Hospital, Make-A-Wish Foundation, Wishing Star Foundation, United Way, Esperanza, Page Ahead Children's Literacy Program, Big Brothers Big Sisters, Boys & Girls Clubs of America, and Mariners Care. Because of his contributions, on June 20, 2007, Martínez was inducted into the World Sports Humanitarian Hall of Fame in Boise, Idaho.

Book An Experience With Edgar Martinez