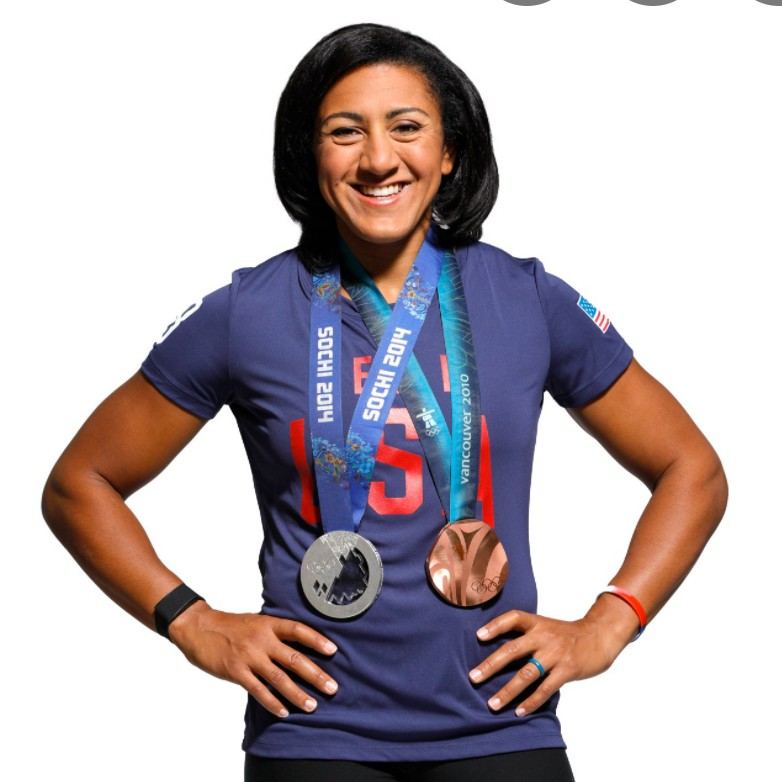 Elana Meyers Taylor is a World Champion and Olympic Bobsledder. Taylor won the Silver in the two-woman event at the 2009 FIBT World Championship. in 2010, Taylor won the Bronze at the Winter Games. In the 2014 Olympic Games, Taylor won Silver once again in the two-woman Bobsled event. In February 2015, Meyers Taylor and her partner beat three German crews to win the first world championship title in women's bobsled for the United States. This also made Meyers Taylor the first U.S. bobsled driver, either male or female, in 56 years to win a world's title on a non-North American track.
Before her Olympic days, Taylor attended George Washington University where she was a member of the Women's Softball Team.