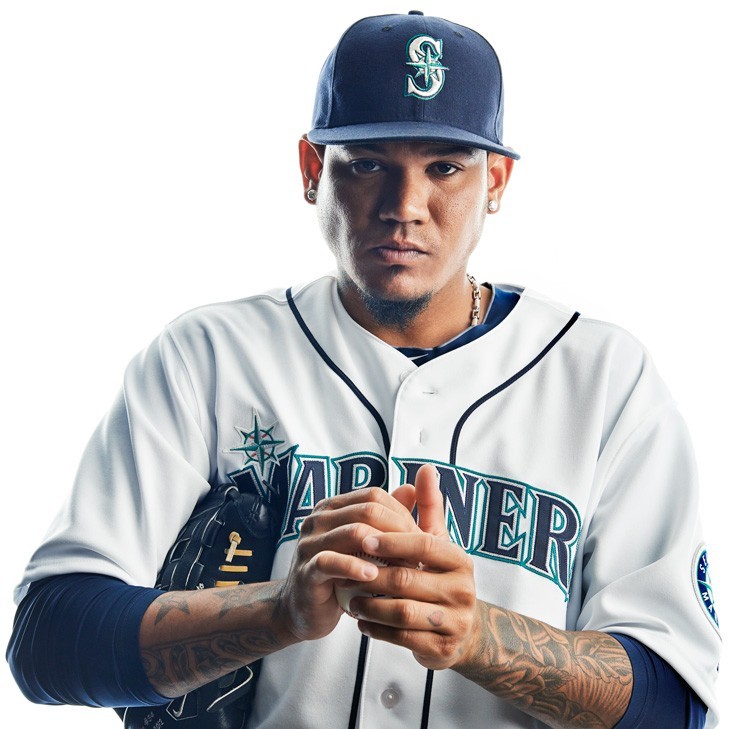 Félix Hernández is a pitcher in Major League Baseball. Felix was signed out of his native Venezuela by the Seattle Mariners, and in 15 seasons in Seattle he became an MLB and Mariners legend. Hernández was a 6x MLB All-Star and won the Cy Young Award in 2010. His perfect game on August 15, 2012 against the Tampa Bay Rays was the first in Mariners franchise history, the 23rd in MLB history, and the most recent perfect game in the MLB.

Hernandez holds several all-time Mariners’ records, including most wins, most strikeouts, and most innings pitched. In his prime, the Mariners even dedicated a special section of their stadium to the ‘King Felix’ faithful, a testament to his resounding popularity with the fan base.

Off the diamond, Hernández is a spokesman for the Seattle King County Humane Society. Hernández is also the Seattle Mariners Ambassador for the Pepsi Refresh Project, raising money for the Washington State Coalition Against Domestic Violence. Hernandez is also an avid follower of fashion trends and a sneakerhead, and you can find his custom designed products at kingfelix34.com.

Book An Experience With Felix Hernandez