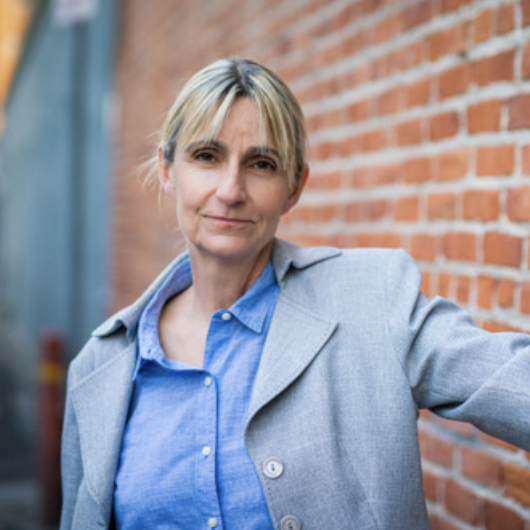 Fritzi Horstman is a writer, producer, director, and the Founder and Executive Director of the Compassion Prison Project (CPP), an organization dedicated to bringing compassion, childhood trauma awareness and creative inspiration to all men and women living and working in prisons.

Fritzi studied at New York University’s summer film program and received a Bachelor of Arts in Film and English from Vassar College. Fritzi produced HBO’s “The Defiant Ones,” which was directed by Allen Hughes and has garnered several awards including a Grammy for Best Music Film. It was also nominated for five Emmy Awards including Best Documentary.

Her first feature, “Take A Number,” which she wrote, produced, and directed, debuted at the Slamdance festival and premiered on HBO. She directed several shorts and documentary shorts, one of which, “Downtown,” won an award at the USA Film Festival.  She directed a documentary on James Joyce entitled “Joyce to the World,” featuring Brian Dennehy, Frank McCourt and Finnoula Flanagan. She served as a co-producer and post producer on numerous features and documentaries for Paramount Network Television, Universal Television, Showtime and more. Several of the shows she worked on premiered at the Sundance Festival.

Fritzi eventually fused her expertise with purpose: addressing the chronic mental health issues in prison with common sense, compassion and urgency so that the 95% of the incarcerated men and women eventually returning home are well prepared for life beyond bars.

In 2019, after visiting Kern Valley State Prison for over a year, examining childhood trauma, personal hopes and dreams with 35 incarcerated men, a trauma-informed curriculum was developed.  This curriculum is currently being modified to be a Covid-friendly 6-week video series entitled Trauma Talks to be distributed to prisons throughout the U.S. and abroad.  Additionally, a 6-week interactive curriculum based on this material is also being used in transitional housing settings where returning citizens reside post-incarceration.

In 2020 Fritzi directed “Step Inside the Circle” at California State Prison – Los Angeles County with 235 incarcerated men.  The video has reached nearly 3 million views worldwide and has attracted over 900 volunteers to CPP.

Fritzi and the team at CPP are passionate about equality, civil rights, education and stories about justice. Fritzi feels it’s her life’s work to make sure people’s stories are heard as her organization works to change the dehumanizing prison system. One of CPP’s projects is a national series of books filled with stories, poems and art created and curated by those living behind bars. In addition, Fritzi created the CPP podcast “Compassion in Action” which interviews trauma experts and thought leaders including Gabor Maté, Vincent Felitti, Thomas Hübl, Rick Raemisch, Dean Williams and more. Fritzi and her colleagues have also developed the Compassion Trauma Circles, four-hour Zoom-based international community gatherings where education, discussion and expansion of awareness around the impacts of childhood trauma are explored.

The three-year goal at CPP is to turn all prisons into healing centers, prioritizing trauma-informed and trauma-responsive curriculum for both prison residents and prison staff.

Book An Experience With Fritzi Horstman