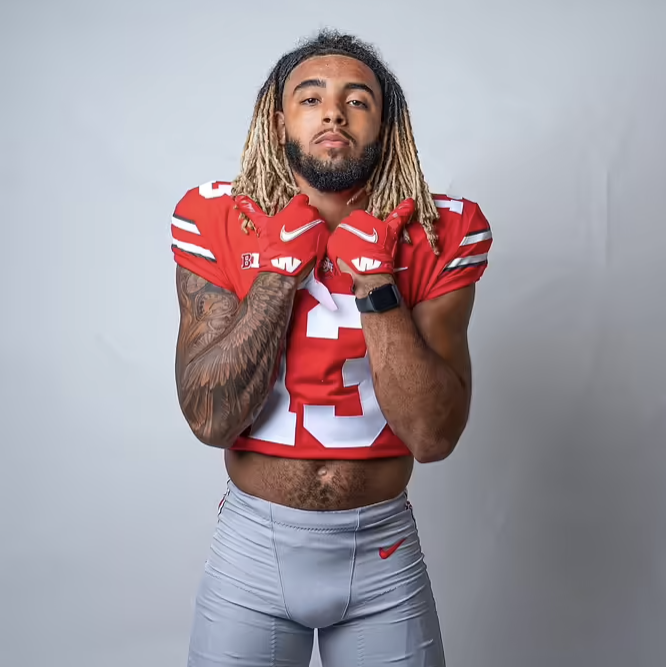 Gee Scott Jr. is a junior tight end at the University of Ohio State. Gee was a four star wide receiver from Seattle, Washington, before becoming a Buckeye. While in Columbus, he switched to tight end where he looks primed to make a large impact in the upcoming season.

Gee is very active on all social media platforms and even has his own YouTube channel where he creates a lot of content like Day in a Life videos and other behind the scenes videos. In them, he also shows his charitable side. He makes it a priority to give back to the youth and to the homeless, as someone who has experienced homelessness. He makes for a great public speaker to inspire others.