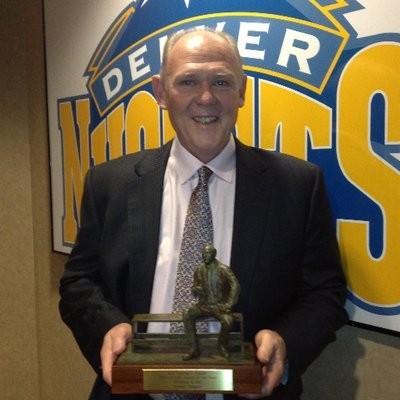 George  Karl is a former professional basketball coach and former player. He is one of 9 coaches in NBA history to have won 1,000 NBA games and was named NBA Coach of the Year for the 2012-13 season. He led the Seattle Supersonics for seven seasons, taking them to the playoffs all seven times and the NBA finals in the 1995-96 season. Following that Coach Karl achieved great success coaching the Bucks and Nuggets. Coach Karl has also beaten cancer multiple times, and did not let cancer stop him from achieving excellence as a coach. Since retiring he enjoys sharing his story and lessons he learned to help motivate and inspire companies, non-profits and teams. He is known for his down to earth style, entertaining honesty, and motivating message.

Book An Experience With George Karl

Book me for a speech centered on the leadership and the lessons I...