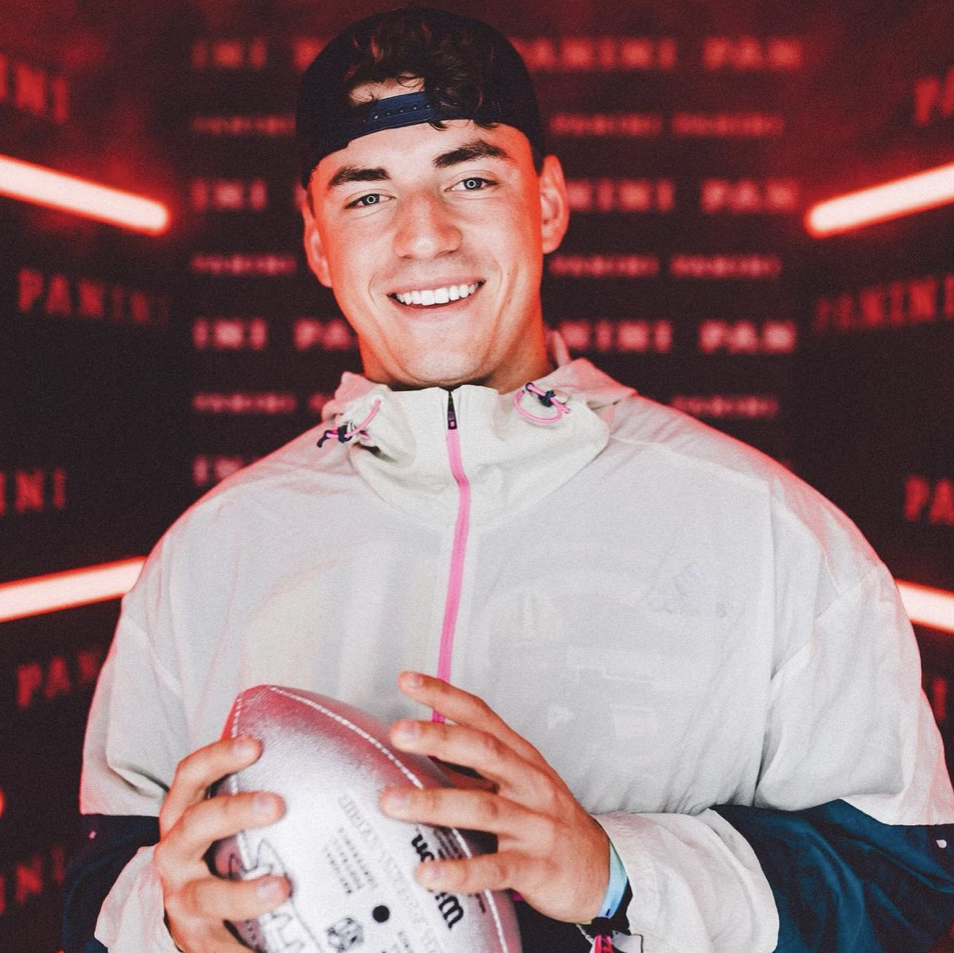 Graham Mertz is an American college football quarterback for the Wisconsin Badgers. Mertz transferred to Blue Valley North High School in Overland Park, Kansas. He led Blue Valley North to a Class 6A state championship as a junior, and to state runner-up as a senior. In his senior year he completed 61.1% of his passes for 3,886 yards and a state-record 51 touchdowns. He was a finalist for the Elite 11 quarterback competition in 2018,and was named Gatorade Kansas Football Player of the Year.Graham was invited to the All-American Bowl after his senior season, where he set a bowl record with five touchdown passes and was named game MVP.

Mertz was rated as a four-star recruit by ESPN, 247Sports.com, and Rivals.com. ESPN described Mertz as Wisconsin's "most hyped QB since Russell Wilson."Mertz ultimately lost the starting job to Coan, and redshirted his true freshman season after appearing in two games.

With Coan injured in practice before the 2020 season, Mertz began the season as the starting quarterback, becoming the first freshman quarterback to start a season-opening game for the Badgers since 1978. In the final game of the regular season, against rival Minnesota, played on Big Ten Championship Saturday, Mertz left the game in the third quarter with an ankle injury. The Badgers eventually won in overtime, 20–17.The Badgers were invited to play against Wake Forest in the Duke's Mayo Bowl. Mertz went 11-for-17, with 130 passing yards and one touchdown in the 42–28 win. After the game, Mertz dropped the trophy in the locker room celebration, shattering the football made of glass on the top of the trophy.

Book An Experience With Graham Mertz