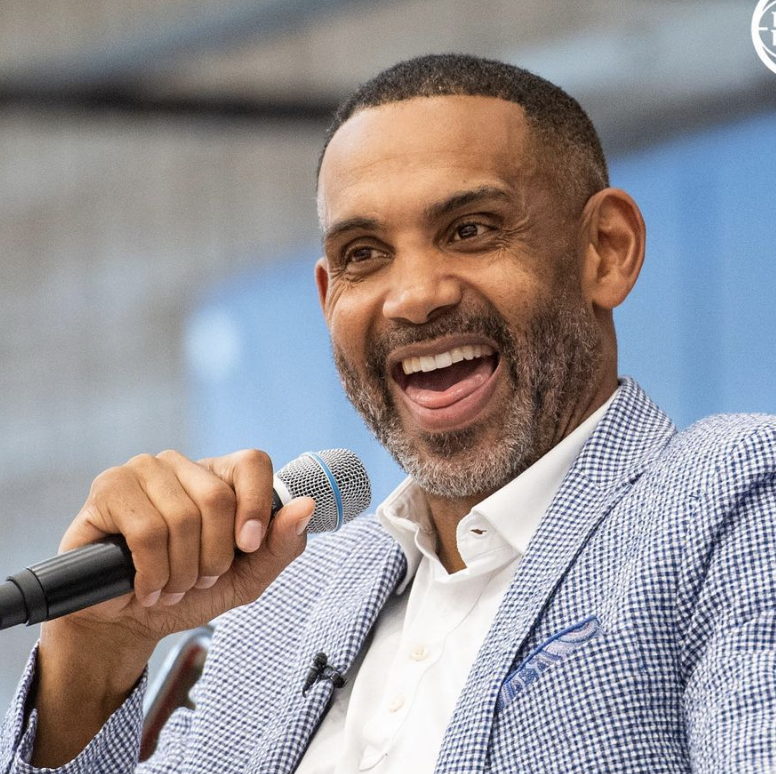 Grant Hill is the managing director of USA Men’s Basketball, co-owner of the Atlanta Hawks, an analyst for CBS and Turner Sports, and a NBA and NCAA Hall of Famer. The Reston, Virginia native was a two-time NCAA national champion and All-American at Duke, and he was drafted No. 3 overall in the 1994 NBA Draft by the Detroit Pistons. Grant was the Rookie of the Year, and he would go on to be a seven-time NBA All-Star and 5-time All-NBA selection. He was also a member of the 1996 USA Basketball Dream Team that won gold in Atlanta. Grant spent his career with the Pistons, the Orlando Magic, the Phoenix Suns and the Los Angeles Clippers before retiring in 2013. Grant’s accolades and relationships with major brands such as Sprite, McDonald’s, and Nike ensured he was a very visible figure as a player, and that remained the case when he stepped into broadcasting. Grant hosted the show “NBA Inside Stuff” on NBA TV and is an NCAA hoops analyst for CBS. Grant, his wife Tamia, and his two daughters reside in Florida.

Book An Experience With Grant Hill