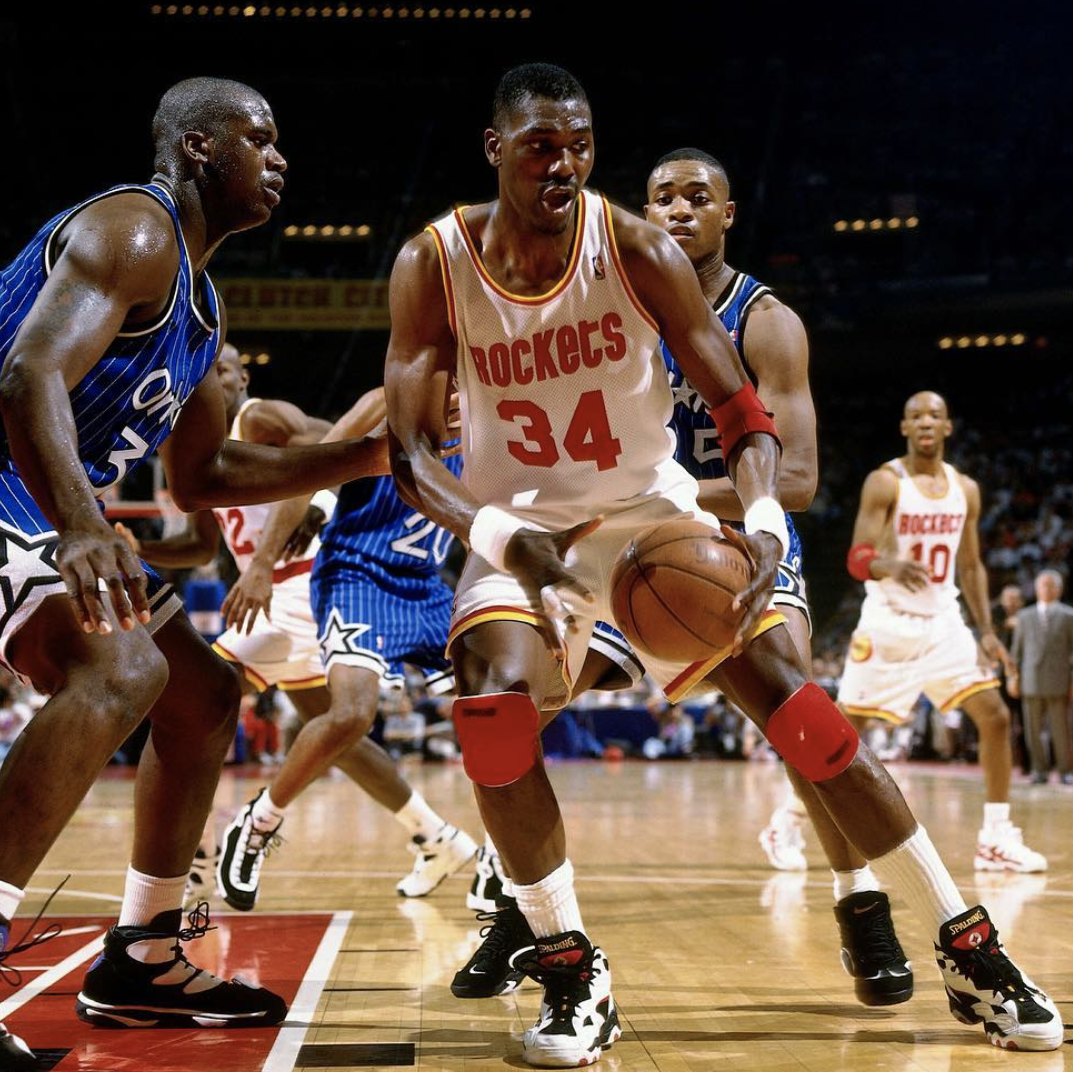 Hakeem Olajuwon is a former NBA player, and widely regarded as one of the greatest big men of all-time. Hakeem was born in Nigeria and came to the United States to play college basketball at the University of Houston. Hakeem did not arrive as a notable recruit, he redshirted in his first year because he was not yet cleared to play by the NCAA, and he didn’t start as a redshirt freshman. But the ensuing offseason would be an inflection point in his career when he worked out with Houston Rockets center Moses Malone and took a massive step in his development. Hakeem was outstanding in his last two years with the "Phi Slamma Jamma" edition of Houston, helping them reach back-to-back national title games by averaging 13.9 points, 11.4 rebounds and 5.1 blocks per game as a redshirt sophomore followed by 16.8 points, 13.5 rebounds and 5.6 blocks per game (while shooting 67.5 percent from the field) as a redshirt junior.

Hakeem would get his wish and stay in Houston for almost his entire basketball career after he was selected with the 1st pick in the 1984 NBA Draft by the Rockets, in a draft that included Michael Jordan, Charles Barkley, and John Stockton. He made an immediate impact with the Rockets and made the 1985 All-Rookie First Team. In nearly two decades in the league - all with Houston except for the last two seasons in Toronto - Hakeem was a NBA MVP (the first foreign-born player to win the award), 2x champion, 2x Finals MVP, 2x Defensive Player of the Year, 6x All-NBA First Team, 5x All-NBA Defensive First Team, 2x league-leader in rebounding and 3x league-leader in blocks. He is the all-time league leader in blocks with 3,830, and he is one of only four players to have ever recorded the jaw-dropping quadruple-double (and the only player to have ever done it twice). Hakeem became a naturalized American in 1993 and was a member of the 1996 gold medalist USA Basketball Team.

Book An Experience With Hakeem Olajuwon