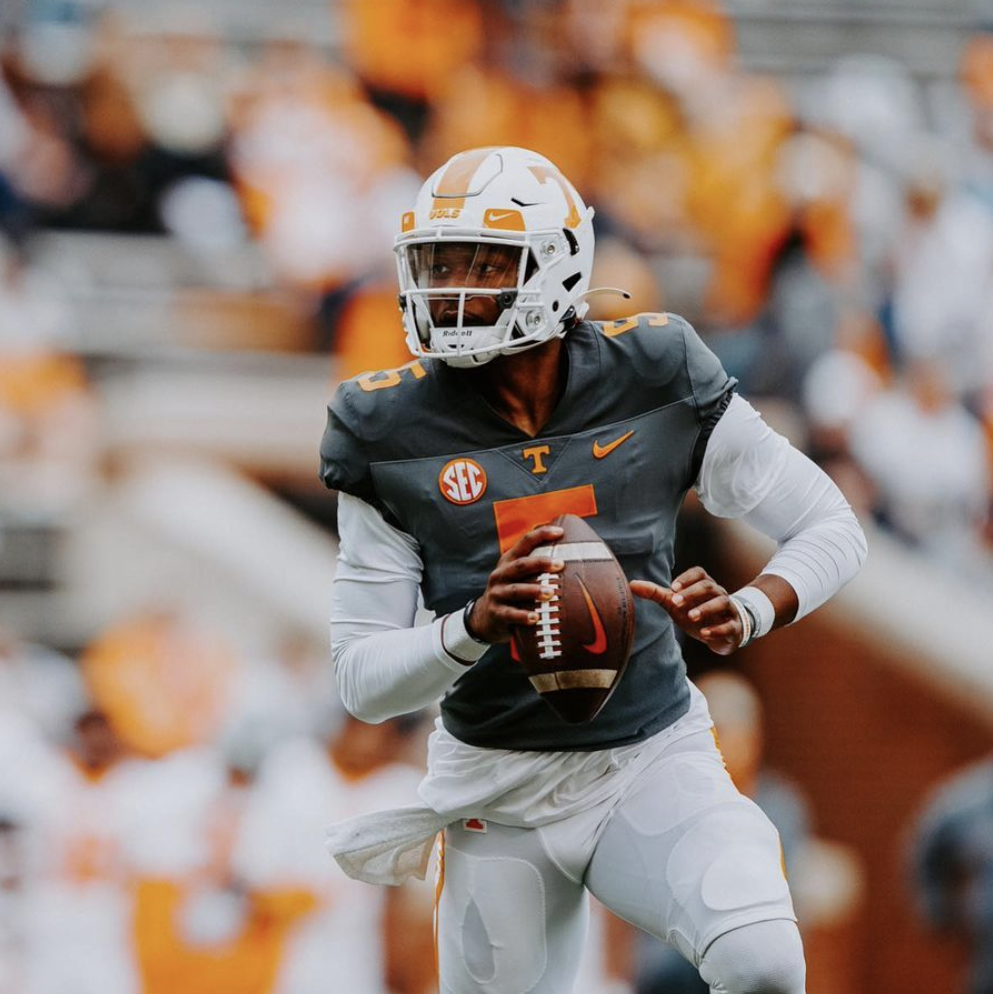 Hendon Hooker is a redshirt senior quarterback for the University of Tennessee. The Greensboro, NC native was a 2x state champion and 2x AP All-State team QB at Dudley High School, where he was also a standout hooper. Ranked a 4-star recruit in the class of 2017 by 247Sports, Hendon committed to Virginia Tech and redshirted in his first year then made 6 appearances in 2018. He then made a total of 15 starts in the next two seasons. In January 2021 Hendon announced he was taking his dual-threat talents to the University of Tennessee.

Owns a 6-5 record as a starter at Tennessee with the offense averaging 39.9 points per game and 483.5 yards per game in those 11 contests.  For his entire collegiate career, has put up 7,492 yards of total offense, completing 403-of-615 passes (65.5 percent) for 5,839 yards and 53 touchdowns with 10 interceptions. He added 1,653 yards on 414 carries with 20 scores on the ground, including three 100-yard rushing games. He owns three 300-yard passing games, including two at UT. He carries a streak of 12 consecutive games with a touchdown pass into 2022, which is the third-longest streak in school history.  He has produced 11 games with at least one rushing touchdown and one passing score, including five at UT.

Book An Experience With Hendon Hooker