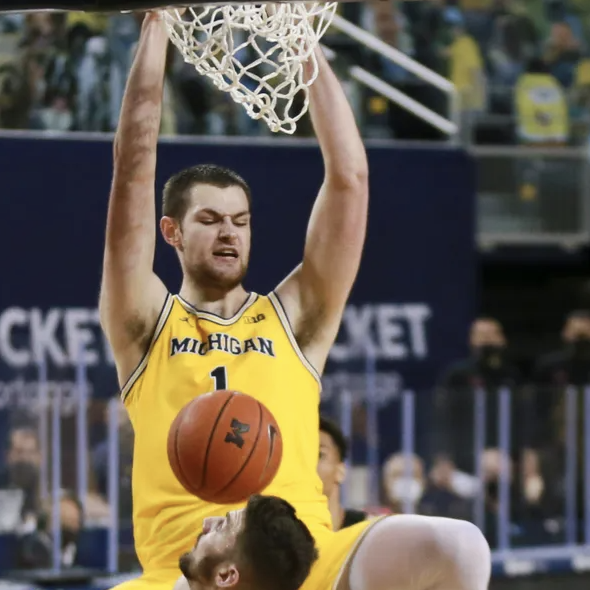 Hunter Dickinson is a 7'1 center for the Michigan Wolverines basketball team. The Alexandria, VA native prepped at powerhouse Dematha Catholic High School (MD), where he is the winningest player in school history with 119 wins and was Maryland’s 2019-20 Gatorade Player of the Year. In 2020-21, Hunter was the Big Ten Freshman of the Year, first-team All-Big Ten, and second-team All American. He averaged team-highs in points (14.1), rebounds (7.4), and blocks (1.4) for the Wolverines, leading them to a Big Ten title and an Elite Eight appearance. He fielded interest from NBA teams in the pre-draft process but ultimately opted to return to Michigan for a second, and then a third season. As a sophomore, Dickinson was named to the Second Team All-Big Ten as well as the All-Defensive Team. He is a favorite to win Big 10 player of the year in his junior and likely final season of college basketball before he goes pro.

Book An Experience With Hunter Dickinson