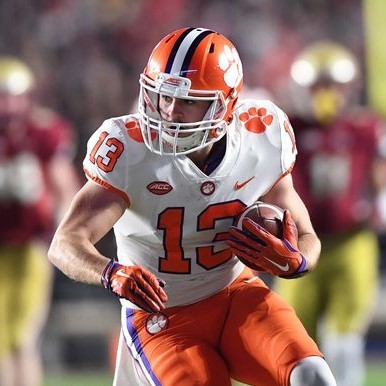 Hunter Renfrow is an American football wide receiver and returner entering the 2019 NFL Draft. Renfrow played his college career at Clemson University, winning two national championships during his time with the Tigers. In the 2017 CFP National Championship Game, Renfrow caught the game winning touchdown pass from then quarterback Deshaun Watson. After starting his career as a walk-on, Renfrow's college career culminated by winning the 2018 Burlsworth Trophy, given to the best college player who began his career as a walk on.

Book An Experience With Hunter Renfrow