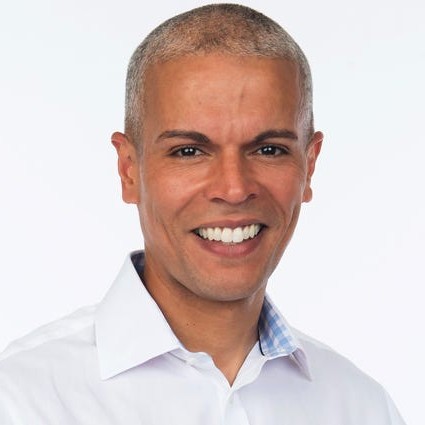 Israel Gutierrez is an NBA reporter for ESPN. As a South Florida native, Gutierrez attended the University of Florida and worked for The Miami Herald and The Palm Beach Post as well as covering the Miami Marlins, before moving to ESPN in 2003. He wrote columns for ESPN.com's NBA coverage during the Miami Heat's Big Three era and was a Miami Heat beat reporter for The Palm Beach Post and The Miami Herald, before becoming a sports columnist for The Herald.

Gutierrez has served as a 'swiss army knife' for ESPN's NBA coverage over the years contributing to pre/post game coverage, serving as a sideline reporter and conducting mid-game interviews, and appearing as an NBA analyst on many of ESPN's programs. Gutierrez is a regular guest on ESPN's Happy Hour show, "Around the Horn," and is a regular guest host of The Dan LeBetard Show and Highly Questionable, as well as other ESPN radio shows. Previously, Gutierrez was the co-host of the radio show, "Izzy and Spain," with fellow ESPN reporter, Sarah Spain. Gutierrez also appeared on ESPN's The Sports Reporters from 2008 until 2016 and currently appears regularly on ESPN's Outside The Lines.

Since coming out publicly in 2015, Gutierrez has sought to engage with the LGBTQ community, both in and outside of sports. In his work since then, Gutierrez has shared stories with pioneers like David Kopay, Billy Bean, Jason Collins and many more, developing a deep understanding of the complex relationship between sports and gender identity.

Gutierrez has also been open about his own personal life since coming out, which has included a marriage, a divorce and a personal rediscovery. You can listen to his story here: https://podcasts.apple.com/us/podcast/lour-after-hours/id1515802610#episodeGuid=Buzzsprout-5047643

Book An Experience With Israel Gutierrez