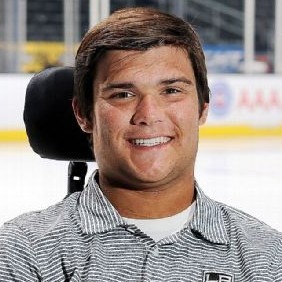 Growing up in Minnesota, Jack Jablonski did what most kids did, learned how to skate and play ice hockey at a young age. His dad, Mike, taught him when he was three years old. Jack also played baseball, tennis and golf — but nothing could beat hockey, the “bread-and-butter” sport of the state. Jack was good at hockey, one of the best of his class. He had a 50-goal season the year before high school for his Bantam-A team — an under-15 league — in a state that routinely produces the best young hockey players in the country. He dreamed of playing in the NHL and was on course to play for a Division I team in college. On Dec. 30, 2011, Jablonski was a sophomore in high school at Benilde-St. Margaret’s in St. Louis Park, Minn., playing in the championship game of a holiday tournament against rival Wayzata High School. The game was tied 2-2 with 14 minutes left in regulation when Jack was hit by the opposing player and went into the boards head first. After not being able to get up, Jack was rushed to the hospital to find out he was paralyzed. “I’m paralyzed, aren’t I?” he asked his mom. The question crushed her, as did her answer, “Yes, Jack,” she said. “You are.” Jack Jablonski now is a senior at the University of Southern Califonia. He works for the Los Angeles Kings and appears on their official podcast, "All the Kings Men". Jack also started his own charity called, "Bel13ve in Miracles Foundation". His foundation supports spinal cord injury recovery, and raised over $350,000 last year.

Book An Experience With Jack Jablonski

Book me to appear at your event!