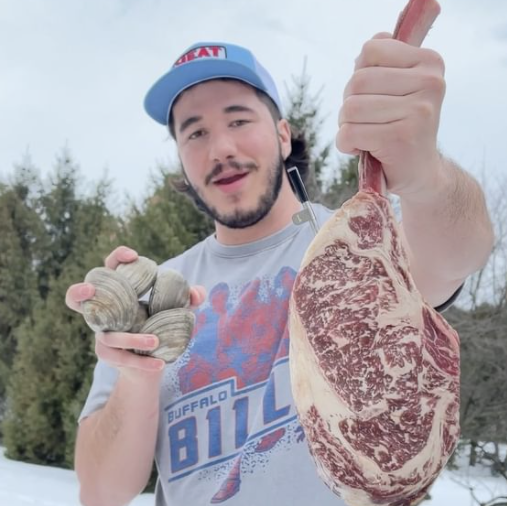 Jack Mancuso began his cooking career during college when he started grilling for his house full of roommates. He taught himself how to cook through the internet, googling recipes and watching other people grill. Needless to say, his college friends couldn’t have been happier.

From then on out, his cooking expertise only grew. As his reputation in the kitchen grew, he moved to social media, immediately feeling the impact of his newfound skills, drawing immense exposure, so much that it resulted in him working with top musicians and athletes from the MLB, MMA and NFL all around the country, thirsting for his grilling advice. His accounts have grown exponentially since he started, now amassing over 3.2 million followers and 54 million likes on his flagship platform TikTok.

When he’s not cooking, Jack often travels, and whether he’s snowboarding in the Swiss Alps to swimming on the island of Sicily, Jack credits some of his cooking expertise to his eclectic experiences. When he’s not firing up his grill, he’s working full-time as Sales Mech Engineer for a top commercial HVAC firm on the west coast. Jack also has two dogs, a Mastiff, and a Cane Corso/German Shepard, who are sometimes featured in his videos.

Book An Experience With Jack Mancuso