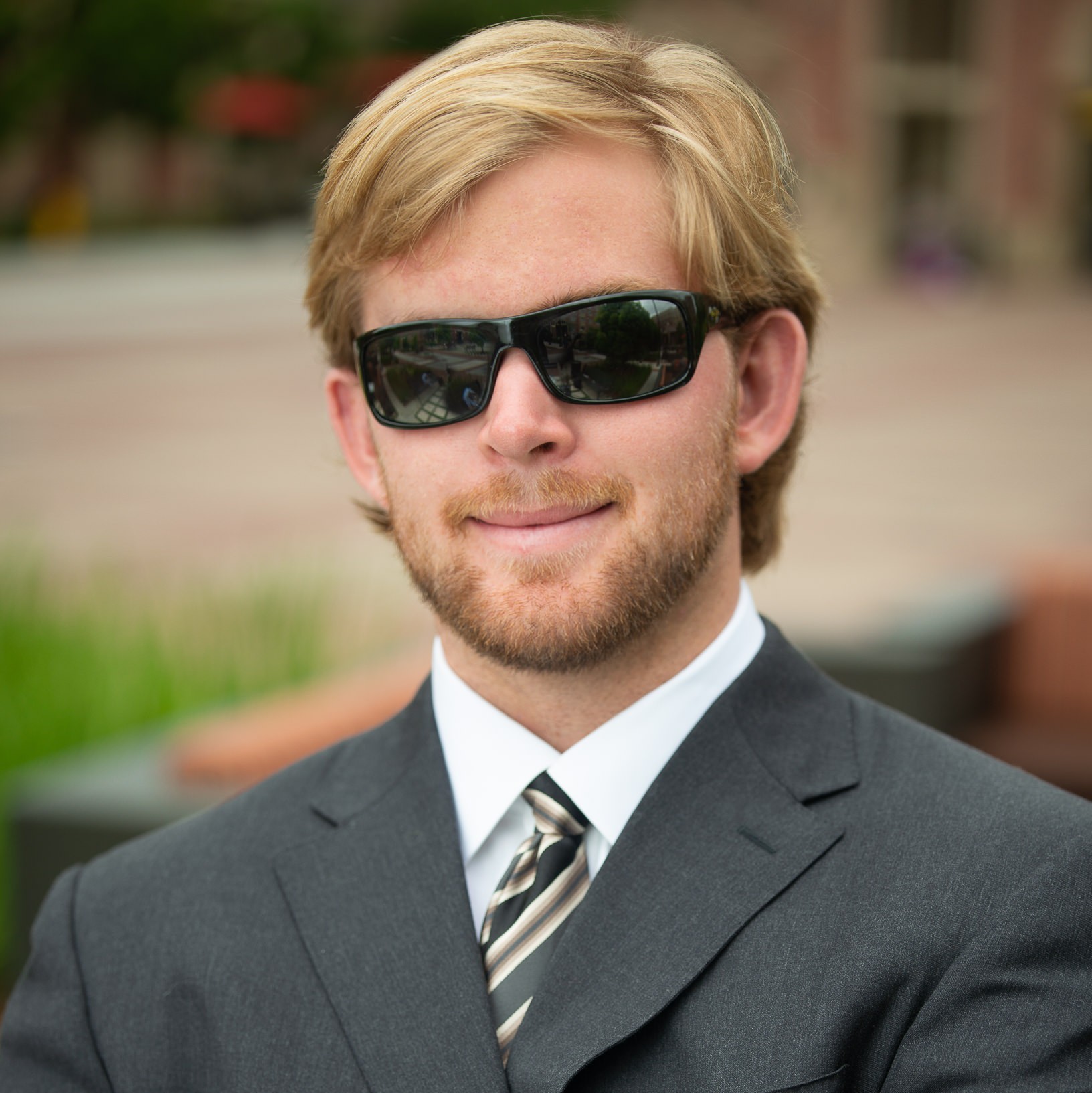 Jake Olson became the first completely blind football player in college football history when he successfully long snapped a point after try for the University of Southern California (USC) against Western Michigan on September 2nd, 2017. Jake's story of overcoming retinoblastoma and going blind at the age of 12 has served as an inspiration to many people across the world.

Born on March 26th, 1997, Jake's first battle with cancer came when at 8 months old, he was diagnosed with retinoblastoma. Two months later, the disease claimed his left eye. In November 2009, after battling the cancer for 12 years, Jake lost his right eye. During Jake's battle, he confronted many challenges and encountered many setbacks- but he remained strong. He has used his experience to inspire and motivate others by authoring two books, establishing a non-profit foundation to support cancer research and visually impaired children, and by sharing his story openly and impactfully as a motivational speaker.

Jake is also a life-long USC football fan. In high school, he learned to long snap and earned the starting spot on his high school's varsity team as a junior and senior. After being accepted to USC, Jake was offered a walk-on roster spot on the legendary Trojans football team. This made him the first-ever completely blind Division I college football player. He saw his first live-action in 2017 when he snapped in USC’s home opener on September 2nd and was named the Pac-12 special teams’ player of the week. In his college career, he had a total of three successful PAT snaps, earning his spot as one of the top two most inspirational stories in college football's 150-year history. His story has been featured on ESPN, ABC, NBC, CBS, CNN, FOX, Fox Sports, Hallmark, TBN, The Golf Channel, The Wall Street Journal, The New York Times, The Los Angeles Times, Sports Illustrated, The Washington Post, etc.

Since graduating from USC, Jake has gone on to win an adaptive golf championship, spend time with his dog Quebec, build on his already long-established presence as a motivational speaker, and become an entrepreneur. Inspired by his experiences being booked for speaking and marketing engagements, Jake co-founded Engage, an online platform that digitizes the process of booking speakers, athletes, and other talent for events and experiences. In 2022, Engage closed a pre-seed round that valued the growing startup at $30 million.

Book An Experience With Jake Olson

Book me to long snap on your show, with your team, or with your c...

Book Jake for a half hour Zoom call. He'll work with you to craft...

Book me to appear on your podcast and share my story, mindset, an...

Excellent! Jake was an amazing and dynamic speaker. He was certainly a draw for our event. He spent the entire day with us - golfing, meeting our guests - truly generous with his time. Such a wonderful person!

Jake was a huge success, and everyone loved his message, from the CEO to the newest sales professional in the room...Patterson Dental is an organization that has been going through a transformation of people and systems for the last 5 years and this year's meeting was about coming together, embracing the change in our market (customer and others) and getting back to growth through an offensive position. Jake's message supported all of this perfectly. You won't be disappointed

I’ve worked with many external speakers for large corporate conferences and meetings for many years and highly recommend Jake Olson as a motivational speaker. He has a fresh and inspiring story and is authentic in his mission to help others, both through his speaking engagements and in his not-for-profit work. He is only 22 but possesses wisdom and grace well beyond his years. He is articulate, has a great sense of humor, and will customize his remarks to fit your audience. He received the highest rating of any of our speakers at a recent conference and, as a result, is receiving requests for more speaking engagements from the attendees. Suggest that you have a large bowl of water for his beautiful guide dog, Quebec! 8 - ) A++++++++++

We have received nothing but great reviews from our virtual attendees. Jake's story and message was inspiring, thought-provoking, challenging, and engaging. I can't imagine a better fit for this event. His message was also very timely and relevant in regards to the many challenges we are all facing during the COVID pandemic. Thank you!