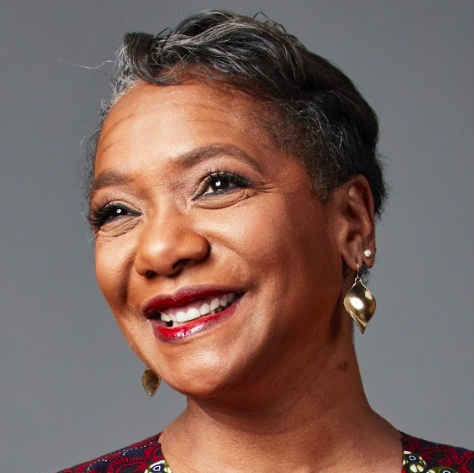 Janet M. Stovall helps business do what she believes only business can: dismantle systemic inequity, especially where it intersects with race. Helping leaders discern the true value of diversity for their organizations, she offers straightforward, objective solutions to unlock that value. A global speaker and author, her three TED talks challenging businesses to get serious about inclusion have 2.5 million views collectively, and she is co-author of Amazon bestseller, The Conscious Communicator: The Fine Art of Not Saying Stupid Sh*t. Ragan Communications named her among the Top Women in Communications and a Diversity Champion.

Prior to NLI, Janet was Senior Director, Social Impact for The UPS Foundation, working to advance UPS’s global philanthropy, social impact, and community engagement efforts. She oversaw the foundation’s largest grant portfolio, comprising more than 40 social impact grantees and The United Way. She served as UPS’s DEI communications lead and was a founding leader of the UPS Equity, Justice, and Action Taskforce. As a speechwriter for UPS’s CEO and Executive Leadership Team, Janet was one of the few Black C-level speechwriters in the FORTUNE 100. She is uniquely adept at building objective frameworks and formulas to understand, communicate and dismantle systemic racism.

Before UPS, Janet founded The Point Communications, a marketing communications and PR firm. Over 20 years, she developed and implemented marketing strategies and executive positioning projects for leading U.S. companies and some of the country’s most influential thought leaders. Her speechwriting work has been published extensively in Vital Speeches of the Day and, along with her scriptwriting work, has garnered numerous national awards.

Janet graduated from Davidson College in Davidson, NC with a bachelor’s degree in English. She is a member of the Davidson College Board of Trustees and Davidson College’s Commission on Race and Slavery. She holds a master’s in Integrated Marketing Communications from Georgetown University, where she was named a member of the Hoya Professional 30, promising individuals who transcend their job descriptions to demonstrate leadership, potential, and excellence in their fields. She also holds post-graduate DEI certificates from Cornell University and Yale University.

Book An Experience With Janet Stovall