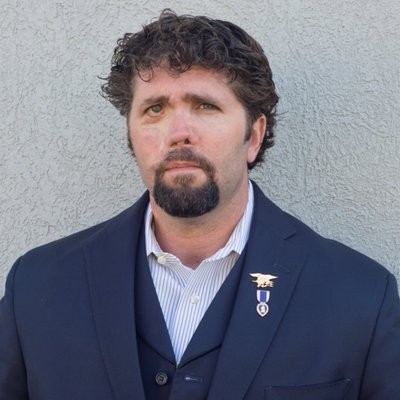 Former Lieutenant Jason Redman spent eleven years as an enlisted Navy SEAL and ten years as a SEAL Officer. On September 13, 2007, outside of Fallujah, Iraq, LT Redman’s Assault Team came under heavy machine gun and small arms fire, and he was severely wounded in the ensuing firefight. While recovering at Bethesda Naval Medical Center, LT Redman wrote and hung a bright orange sign on his door, which became a statement and symbol for wounded warriors everywhere. He was awarded the Bronze Star Medal with Valor, the Purple Heart, the Defense Meritorious Service Medal, two Combat Action Ribbons and the US Army Ranger tab along with numerous other personal and unit awards.

LT Redman is the author of The Trident: The Forging and Reforging of a Navy SEAL Leader, which details lessons learned in leadership and overcoming adversity throughout his Navy SEAL career, his service in Afghanistan and Iraq, and his personal journey with his wife Erica and their three children. Redman retired from the Navy in 2013 and founded Wounded Wear, a Non-Profit organization that supports combat-wounded warriors and families of the fallen. In 2014, Redman founded SOF Spoken, a speaking company that focuses on leadership, teamwork, and overcoming adversity for businesses, first responders, sports teams, and government organizations.

Book An Experience With Jason Redman

“Over the years, I have worked with more than 100 professional speakers and very rarely do you encounter someone as personable, engaging and genuinely easy to work with as LT Redman and his team. It is no surprise that the entire audience gave him a standing ovation.“