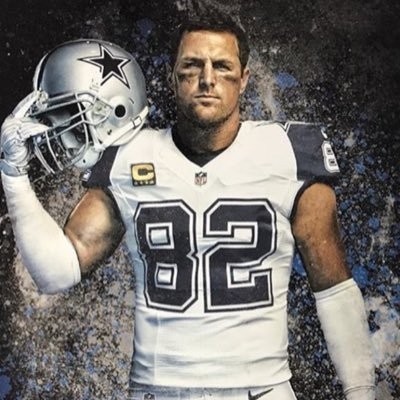 Jason Witten is a tight end for the Las Vegas Raiders.

Since the start of his football career, Jason Witten was one of the top tight ends in the NFL and one of the most prolific pass-catchers in Cowboys history. A ten-time Pro Bowl selection and six-time NFL All-Pro, Witten's career receptions are the most ever among Cowboys tight ends, and the second-most in NFL history.

Jason is known nearly as well for his extensive charity work off the field. Jason and his wife Michelle, started Jason Witten's SCORE Foundation in 2007 and it has rapidly become one of the largest and most impactful foundations among NFL players. His foundation's work against domestic violence and to promote education in Texas and Tennessee won him the Home Depot Neighborhood MVP in 2008 and the Pro Football Weekly Humanitarian of the Year award in 2010. In 2012 he earned one of the NFL's top honors, the Walter Payton Man of the Year.

Each June, Jason hosts his annual football camp in Elizabethton, Tennessee. The Jason Witten Football Camp is one of the nation's largest free football camps and attracts over 1,000 children from the area

Book An Experience With Jason Witten

Book Jason to keynote your upcoming conference, appear on your ne...