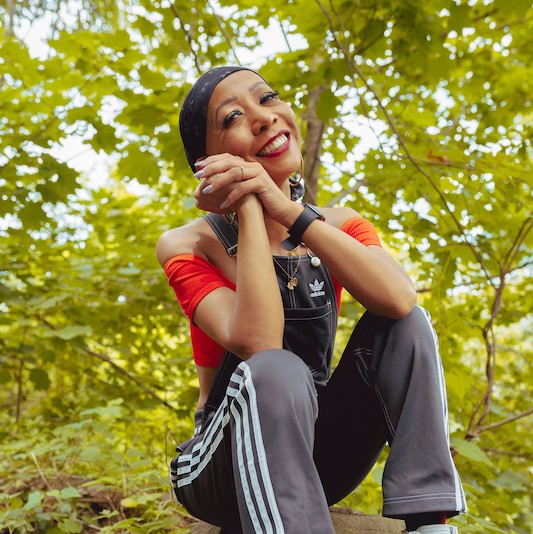 Jazerai Allen-Lord is a multi-hyphenate creative, with deep roots in sneaker & street culture. Currently feat. on Roku Originals, she specializes in women’s storytelling through brand strategy, editorial and design. Her sold-out shoe with Reebok released in 2019, and has been acquired for the Bata Footwear Museum’s archive of Black designers.

Featured in "Girls Got Kicks" and "Sneakers" the book, Jazerai aka 'NerdLikeJazzy' spent nearly a decade at Complex's KicksonFire, where she began her career as a Staff Writer. There, she interviewed some of the most influential artists of our generation, including Kendrick Lamar, Lauryn Hill, and Darryl McDaniels of Run DMC, who she went on to open a conceptual Adidas boutique for, in partnership with Eric “Shake” James, in 2015. After the successful launch of her unisex merch line, Jazerai decided to return home to sneakers, her childhood passion, releasing a sold-out Club C with Reebok and leading creative strategy & messaging with some of the industry's largest brands, with her team at True to Size. Jazerai’s female-identifying team was recently recognized by AdAge for Creative Excellence, while she was named Top 18 Women Transforming Sneakers and Top 28 BIPOC Transforming the Industry by Business Insider (2020). She is currently listed as one of the most influential African Americans of 2021 by the Root, on their ROOT100 list, as well as featured on ROKU on Lena Waithe's, "You Ain't Got These."