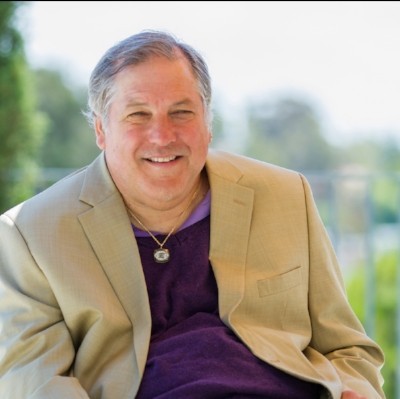 Jeff Eben is an award-winning educator, leader, author and speaker. A promising young athlete with dreams of a college football scholarship, Jeff sustained a catastrophic injury at 16 that left him paralyzed and tasked with building his life and career in a wheelchair. After graduating high school and earning his degree and teaching credential from Fresno State University, Jeff Eben enjoyed a 30 year career in public education that included coaching football and basketball, teaching, and administration.

He has spent over 15 years as a principal, including being the founding principal of a National Blue Ribbon High School in the acclaimed Clovis Unified School District. Seeking a different leadership opportunity, Jeff spent the last years of his educator's career in Racine, Wisconsin where he was widely credited with the total cultural shift of a long time under-performing large urban high school. ​ His powerful story and unique philosophy of “Feel The Love” has taken him to speaking engagements around the world, including an educational roundtable at Oxford University in England. In 1998, Jeff was named Fresno County’s Administrator of the Year, and in 2006, he was inducted into the Clovis Hall of Fame for Lifetime Achievement in Education. In 2007, he was recognized by Fresno State as its Noted Alumnus, and his work in Wisconsin earned him the Distinguished Educator Award given by Phi Delta Kappa in 2013. ​

Jeff spent 4 years away from education when he was appointed Deputy Mayor of Fresno in 2007, followed by a stint as the CEO of the Fresno Convention and Visitors Bureau. He is the author of three books, including his autobiography “How Many Wins Have YOU Had Today?” Jeff is the proud father of 2 grown children, Jared and Noelle. They currently make Fresno California their home base.

Book An Experience With Jeff Eben

Jeff is a leadership speaker and culture-booking expert with a sp...