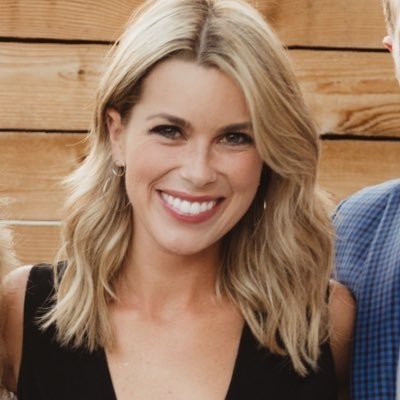 A former collegiate athlete possessing a broad knowledge of several sports, Jenny Taft contributes in a variety of roles for FOX Sports, including as the lead reporter for the network’s college football, moderator on FS1’s SKIP & SHANNON: UNDISPUTED, host for the Westminster Kennel Club Dog Show and reporter for several other major events, including the FIFA Women’s World Cup France 2019™ and 2018 FIFA World Cup Russia™.

During the college football season, she joins the lead team of play-by-play announcer Gus Johnson and analyst Joel Klatt as a reporter, a role she first assumed in 2017. She began her full-time position as moderator on the FS1 daily studio show SKIP & SHANNON: UNDISPUTED in July of 2018, shortly after returning from Russia, where she served as a reporter for FOX Sports’ coverage of the 2018 FIFA World Cup™. During the World Cup, she gained critical acclaim for her ability to speak fluent French when interviewing the eventual champion France side. The following summer, during the FIFA Women’s World Cup France 2019™, she reported from match locations and traveled the country for a series of features showcasing the host nation.

Taft commenced her broadcasting career in her native Minneapolis, accepting her first position with FOX as part of the Twin Cities-based regional network FOX Sports North. In that role, she appeared in on-air promos, in-game segments, made appearances at events, participated in community relations and produced digital content. She also worked as a social media reporter during Minnesota Wild and University of Minnesota men’s hockey games, developing interactive content for fans online.

In 2013, Taft auditioned for a role at FS1 and was hired by the network for its launch, initially as an update anchor at the news desk. Since then, her duties have diversified and expanded immensely. Excelling in the field after her debut assignment as a track reporter for a 2013 Supercross event, Taft was embedded with different National Hockey League teams during the 2014 Stanley Cup Playoffs and as a site reporter at Major League Baseball games. She served as an embedded reporter with the U.S. WNT during the 2015 FIFA Women’s World Cup™ in Canada.

In 2014, Taft made her college football debut, appearing as a reporter as part of FS1’s game coverage. In 2017, she was elevated to the role of lead college football reporter, working alongside Johnson and Klatt for games on FOX and FS1. After filling in as host or moderator on multiple FS1 daily studio programs, she earned the full-time moderator role on SKIP & SHANNON: UNDISPUTED in July of 2018.

Book An Experience With Jenny Taft