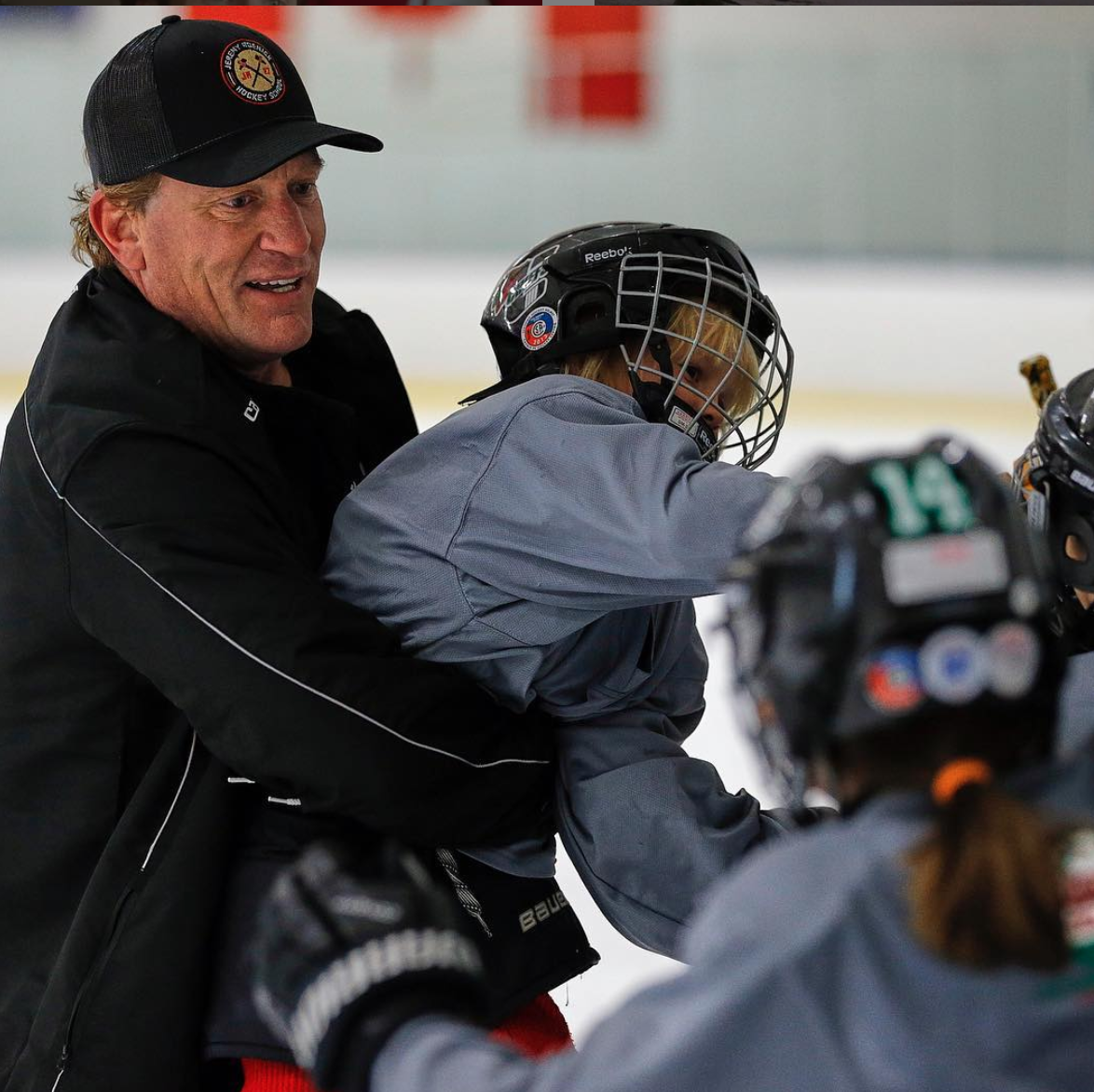 Jeremy Roenick played for the Chicago Blackhawks, Phoenix Coyotes, Philadelphia Flyers, Los Angeles Kings and San Jose Sharks over the course of his 18 NHL season career. He represented Team USA in numerous international tournaments, including the 1998 and 2002 Winter Olympics Games, where he won the Silver Medal. On November 10, 2007, he became the third American-born player to score 500 goals in NHL history. He currently sits in the top 45 all-time leaders for both goals, and points. Over the course of his career, he totaled 1,363 games, 513 goals, 703 assists and 1,463 penalty minutes. Roenick was inducted into the USA Hockey Hall of Fame in 2010, and he's regarded as one of the best American hockey players to ever play. Roenick was a TV personality and hockey analyst for NBC Sports. His newest television show is named Driver vs Driver, which can be found on the Golf Channel.

Book An Experience With Jeremy Roenick

Create your very own custom experience with me!

Book me to come speak at your event.

Book me to appear at your event.

Book me for a round of golf!

JR is a beauty. Love his unfiltered approach. Being an ex hockey player, some of this talk really brings me back. I love his pro-US his mentality when it comes to hockey. This also gave me a better understanding of his background now that I watch him a few nights a week on NBC. I am a Sharks fan and saw him play in his last 2 seasons. From what I saw, he gave 100% when he was out there and while was mildly distracting at times, it came from a good place as he was a fierce competitor.

Roenick was my favorite player, is my favorite player, and is probably my favorite announcer these days. This was brutally honest, of course J.R. has never been shy about saying what he thinks, but he's honest at times about his own screw-ups and suffering from the occasional bout of foot-in-mouth disease. His tone sounds as if he sat down on a bar-stool and just chatted for a few hours. What I really loved was how little time we spent on the ice in this, we know what happened in the games, this is a look at all the stuff behind the curtain and for a change an athlete saying 'pay attention' to that man and not the idealized figure. He was my favorite back then and now, despite knowing a lot more about his faults, he's my favorite player all over again in the greatest sport of all time.