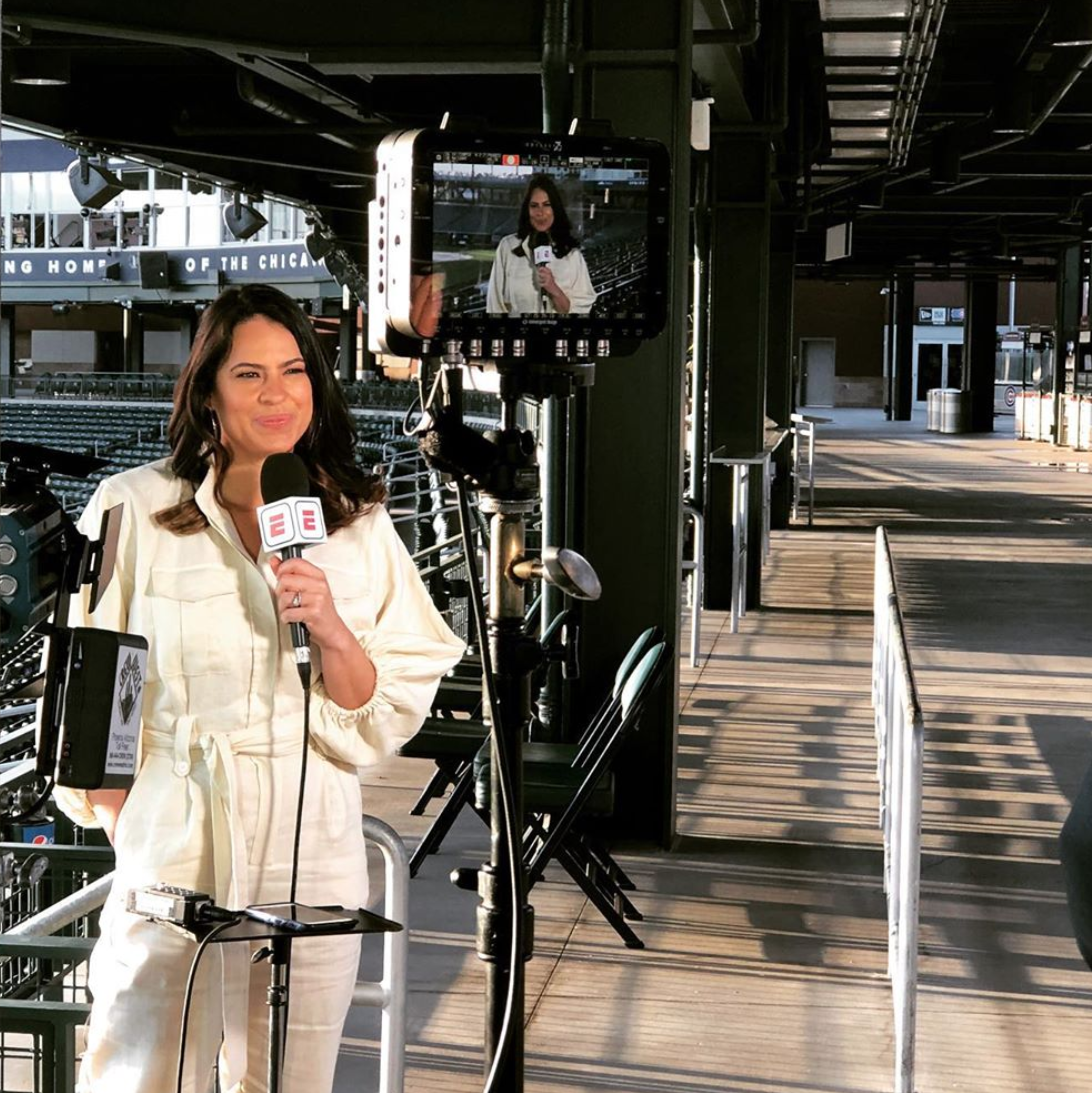 One of the most notable softball players in the last decade, Mendoza’s on-field experience has seamlessly translated to television. She joined ESPN in 2007 and in addition to her MLB contributions, she has served as an analyst and a reporter for the Men’s College World Series, the NCAA Women’s College World Series and is also a sideline reporter for college football. She has also contributed content to espnW.

Prior to her work with ESPN, Mendoza was a field reporter for Yahoo! Sports at the 2010 Winter Olympic Games and also served as the lead college softball analyst on FOX Sports. She has relationships with several brands, including T-Mobile, Reebok, Under Armour and Starwood Hotels, among others.

Mendoza was a four-time first team All-American while playing outfield at Stanford University. She led the Cardinals to their first-ever Women’s College World Series Appearance and finished her college career with school records that are still held today in: batting average (.475), hits (.94), stolen bases (31), runs (71) and career home runs (50). She was a three-time Stanford Female Athlete of the Year and a First team Academic All-American in 2002.

Mendoza graduated with a Bachelor of Arts degree in American Studies in 2002 and a Masters in Social Sciences in Education in 2003. She is originally from Camarillo, California.

Book An Experience With Jessica Mendoza

Book me to speak at your next conference, panel or event! For eve...

Book me to spend 2-3 hours coaching and training your softball te...

Book me for a 15 minute in-stadium meet and greet before an MLB g...

Jess is absolutely incredible! I would recommend everyone to booking Jess to speak with their teams. The inspiration, warmth and wisdom shared from Jess is something that will stick with the girls (and myself) for years to come.

Jessica was wonderful to work with. She was very accommodating and attended numerous preparation calls to ensure a great event. Our Learning Unlocked audience was very engaged and loved her story. Very professional and I would highly recommend her.