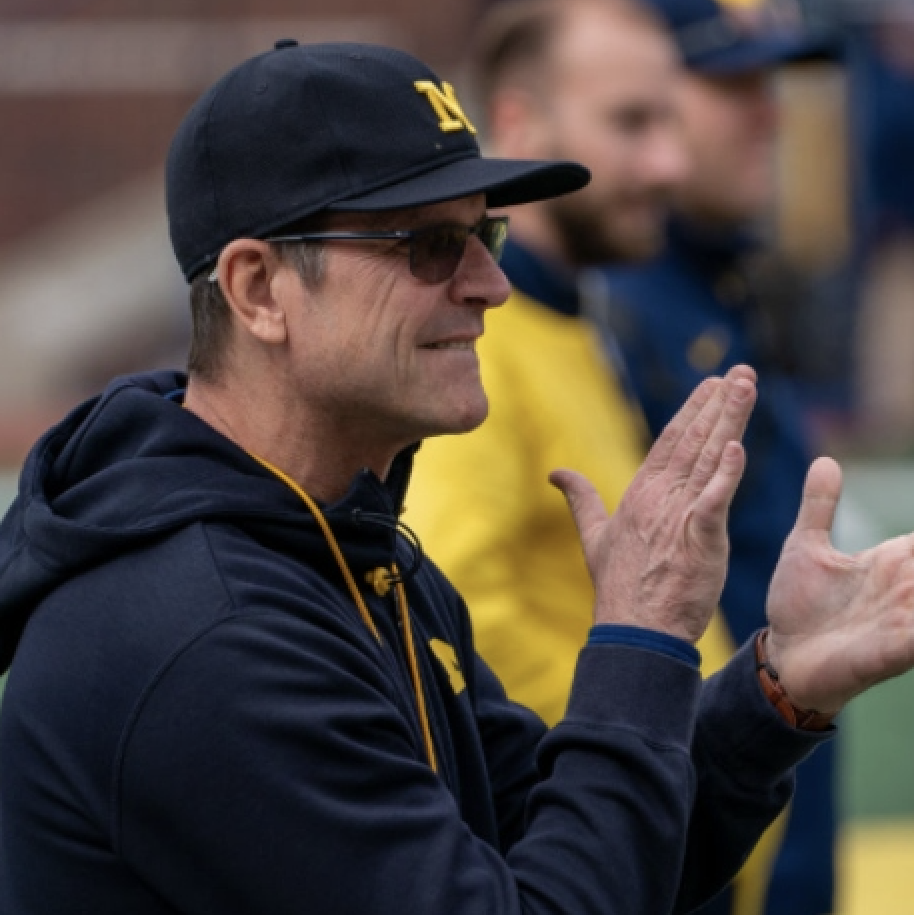 Jim Harbaugh is an NCAA Men's Football coach for the University of Michigan. Harbaugh is in his sixth season as the J. Ira and Nicki Harris Family Head Football Coach in 2020. He was named the 20th coach in University of Michigan football history on Tuesday, Dec. 30, 2014, and is the sixth former Michigan football player to be named the leader of college football's winningest program.

Harbaugh is one of four Big Ten coaches to win 10-plus games in each of his first two seasons. He joined Fielding Yost (1901-02) as the only head coaches to collect back-to-back 10-win seasons in their first two seasons at U-M. Harbaugh is the second-fastest coach to 20 wins at Michigan, trailing only Yost; Harbaugh accomplished the feat in 24 games and Yost won the first 29 games of his U-M career before tying Minnesota (6-6) in 1903.

Harbaugh came to Ann Arbor after an impressive four-year run in the National Football League with the San Francisco 49ers. He led the franchise to the NFC Championship Game in each of his first three seasons, winning the George Halas Trophy as NFC champions in 2012. Harbaugh tallied a 49-22-1 overall record that included a 5-3 mark in the postseason as 49ers head coach.

Prior to making the jump to the 49ers, Harbaugh established himself as a leader of young men at the college level. He turned around a Stanford program that went 1-11 prior to his arrival. The Cardinal improved each of his four seasons, culminating with a 12-1 campaign and FedEx Orange Bowl victory over Virginia Tech in 2010. Harbaugh finished his tenure at Stanford with a 29-21 overall record (.580) and 21-15 mark in Pac-10 Conference play.

Book An Experience With Jim Harbaugh