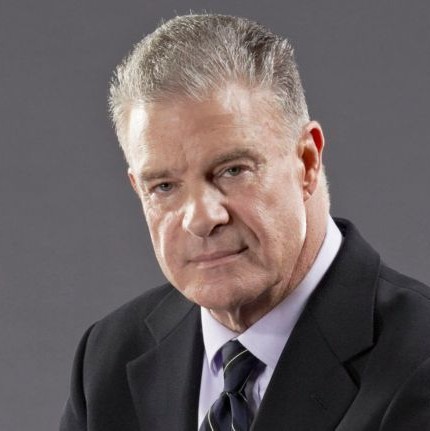 After thirty years in network television, over twenty of them as host of HBO World Championship Boxing, Jim Lampley is one of America's most renowned and respected broadcasters.

While compiling an incomparable dossier in boxing, calling the lion's share of the sport's most significant events for a quarter century, he has been assigned to more Olympics telecasts than any other American broadcaster and covered every major sports event in the culture through the course of his extensive career.

Jim is currently the host of The Fight Game, a half-hour, quarterly series filled with interviews from today's biggest fighters and top matchups. Additionally, the show touches on current issues in the sport and interviews famous promoters, fighters and trainers. The Fight Game also includes nostalgia of previous noteworthy fights and comments from Jim himself to summarize the show.

In 2015, he was inducted into the International Boxing Hall of Fame. Lampley was born in Hendersonville, North Carolina and graduated from the University of North Carolina with a degree in English. Jim currently resides in Del Mar, CA.

Book An Experience With Jim Lampley

Book Jim to moderate your next panel, conference, or event! Jim is an experienced hos...