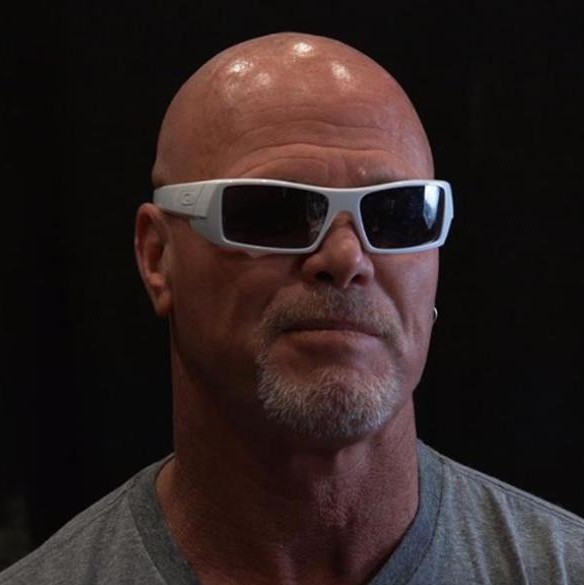 Jim McMahon is a former NFL quarterback. He attended Brigham Young University, where he was an All-American and Heisman Trophy candidate in his junior and senior seasons (1980-1981). Jim finished third in Heisman voting as a senior and won the Sammy Baugh Award, given to the nation’s best collegiate QB. He was selected 5th overall in the 1982 NFL Draft by the Chicago Bears, and Jim spent the first seven seasons of his 15-year NFL career in Chicago.

He was the 1982 NFC Rookie of the Year and led the legendary 1985 Bears team to a title while becoming a media darling and earning a Pro Bowl appearance. Although injuries would later affect his career, Jim was again a Super Bowl champion in his final NFL season as a backup to Brett Favre with the Green Bay Packers. Jim was inducted into the College Football Hall of Fame in 1998.

Due to an accident as a boy, Jim’s right eye was extremely sensitive to light, and he is known for wearing sunglasses as well as his iconic visor look as a player.

Book An Experience With Jim McMahon

Book me to attend your event!