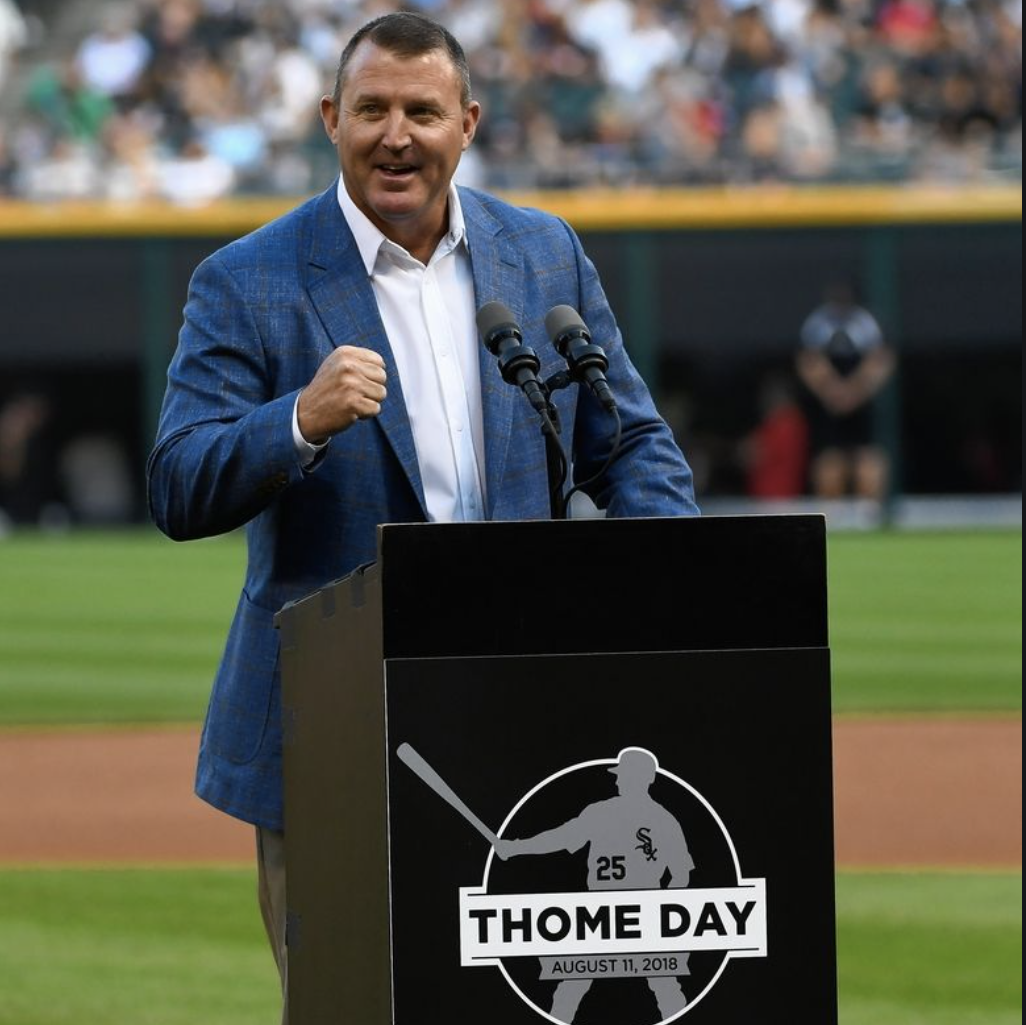 Jim Thome is a former MLB infielder and designated hitter who played 22 MLB seasons. A First Ballot MLB Hall of Famer, he played for six different teams, most notably the Cleveland Indians, during the 1990s and early 2000s. Along with the Indians, Thome also played for the Philadelphia Phillies, Chicago White Sox, Los Angeles Dodgers, Minnesota Twins, and Baltimore Orioles. A prolific power hitter, Thome hit 612 home runs during his career—the eighth-most all time—along with 2,328 hits, 1,699 runs batted in (RBI), and a .276 batting average. He was a member of five All-Star teams and won a Silver Slugger Award in 1996. Along with the Silver Slugger Award and the All-Star team, Thome was the NL home run leader in 2003, won the Roberto Clemente Award (2002), and was the AL Comeback Player of the Year (2006).

Thome was known for his consistently positive attitude and "gregarious" personality. An active philanthropist during his playing career, he was honored with two Marvin Miller Man of the Year Awards and a Lou Gehrig Memorial Award for his community involvement. In 2018, Thome was inducted into the National Baseball Hall of Fame in his first year of eligibility. Along with the National Baseball Hall of Fame, Thome was also inducted into the Philadelphia Phillies Wall of Fame and the Cleveland Indians Hall of Fame.

Book An Experience With Jim Thome