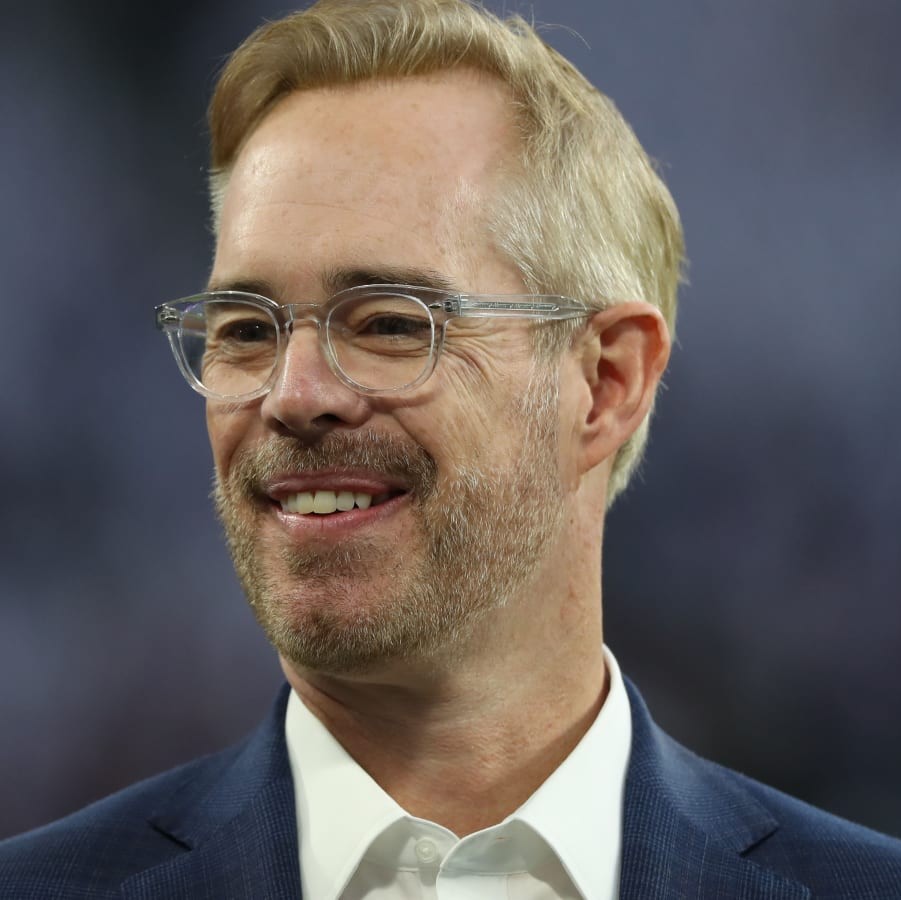 As the lead voice for FOX NFL since 2002, Buck worked with analysts Aikman and Cris Collinsworth for three seasons (2002-04), before partnering exclusively with Aikman in 2005. The duo is the second longest-running broadcast team to call NFL games, second only to broadcast legends Pat Summerall and John Madden. In addition to calling AMERICA’S GAME OF THE WEEK, the pair is joined by rules analyst Mike Pereira and reporters Erin Andrews and Kristina Pink for the network’s THURSDAY NIGHT FOOTBALL broadcasts.

A seven-time Emmy Award winner, Buck has held lead FOX MLB play-by-play duties since 1996. In addition to calling marquee regular-season contests, he is behind the mic for the All-Star Game and MLB Postseason matchups alongside first-ballot Hall of Fame pitcher John Smoltz.

Buck also serves as the lead announcer for FOX Sports’ USGA coverage, including for the prestigious U.S. Open Championship, a role he assumed in 2015 – the network’s inaugural year of USGA rights. J

oe is the son of late broadcasting legend Jack Buck, whose career spanned parts of six decades. Jack and Joe are the only father and son to each call the Super Bowl on network television.

Active in many national and local charities, he hosts The Joe Buck Classic golf tournament, which benefits St. Louis Children’s Hospital and helps fund its imaging center. Since it began in 2000, the annual event has raised more than $5 million. Buck also works closely with the Parkinson’s Foundation, Mathews-Dickey Boys’ & Girls’ Club and City of Hope.

Book An Experience With Joe Buck

Book Joe to keynote your next conference, appear on your upcoming...