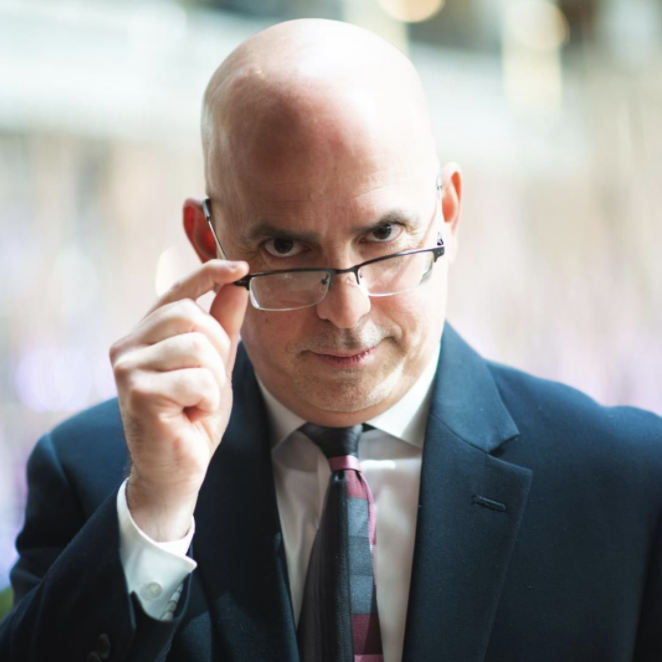 Dr. Joe Serio is a popular and entertaining trainer and conference keynote speaker on transformational leadership, positive interaction with difficult people, improving emotional intelligence, understanding fear and resistance, increasing productivity in a world of distractions, and overcoming barriers to improved performance. His motivational and inspirational programs move his audiences while providing thought-provoking content.

He is the founder and primary author of the Get the Nerve series of books. Titles in the series include Being Resilient: 50 Lessons on Leaving Chronic Stress Behind; Emotional Intelligence: 50 Lessons on Knowing Who You’re Dealing With; Time Management: 50 Lessons on Finding Time for What’s Important; Overcoming Fear: 50 Lessons on Being Bold and Living the Dream; and Public Speaking: 50 Lessons on Presenting Without Losing Your Cool.

Prior to launching his speaking, writing, and consulting career, Joe was the only American to work in the Organized Crime Control Department of the Soviet National Police. At the request of the police, Dr. Serio translated from Russian to English a book of secret Soviet crime statistics that had been prepared for Mikhail Gorbachev and the Soviet Politburo.

Later, he was director of the Moscow office of the world's leading corporate investigation and business intelligence firm. He is the author of the highly acclaimed book, Investigating the Russian Mafia. His latest book is Vodka, Hookers, and the Russian Mafia: My Life in Moscow.

During his nearly ten years in the former Soviet Union, Dr. Serio worked as a media consultant with CNN, BBC, Fox News, New York Times, Washington Post, and other major media outlets. He worked on several films about Russian prisons, Russian prostitution, and Russian cops for A&E's Investigative Reports. He has been interviewed by news outlets around the world, including CBS's 48 Hours. Dr. Serio holds a Ph.D., with a specialization in Leadership and Organizational Behavior.

Book An Experience With Joe Serio