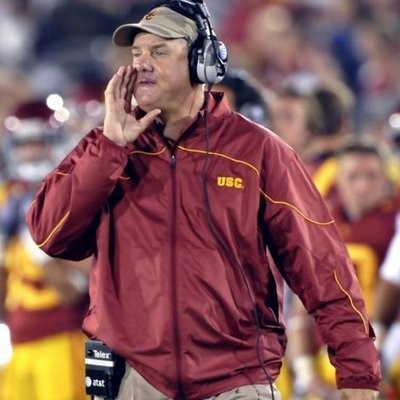 John Baxter is an American football special teams coach. He is currently the special teams coordinator and tight ends coach at the University of Southern California (USC). Over his 30+ year coaching career, Coach Baxter has had stints at Iowa State, Arizona, Maine, Maryland, Tulane, Fresno State, USC, and Michigan, and served under head coaches such as Jim Harbaugh, Lane Kiffin, Ed Orgeron, Dick Tomey and more. Baxter's longest stint was with Fresno State, where he coached for twelve years and was cruical to their success. Coach Baxter is also the author and founder of the "The Academic Gameplan", a unique program that lays the foundation to be successful in school, as well as the author of "I Hate School The Book". He is also an active speaker and community servant! For his work in the community, Baxter was awarded the Clovis Co-Citizen Of the Year Award.

Book An Experience With John Baxter

Speech - Life as a Team Sport

Coach Baxter believes football is a metaphor of unification and e...

Book Coach Baxter to help your business by instilling the necessi...

Book Coach Baxter to coach your youth organization or give a high...