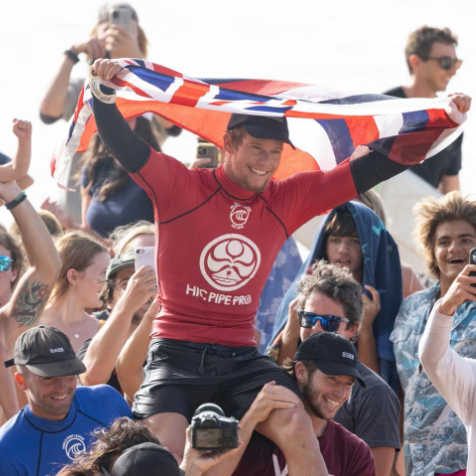 Born and raised in the North Shore of Hawaii, John John Florence's backyard is home to some of the best pipeline surfing in the world. Surfing runs in his blood, and John John's mother, a surfer herself, had him on a board at just 6 months old. He competed in the Triple Crown at the age of 13, making him the youngest competitor in the history of the event. From there, John John became the Wonder Kid of the surfing world and he hasn't missed a beat since. His list of surfing accolades is lengthy, and includes being the 2020 Pipe Masters Champion, 4 Pipeline Contest Wins, 3 Triple Crown Championships, 2 World Surf League Championships and being named to the first ever U.S Olympic Surfing team.

From his success, John John has a garnered a massive social media following, with 1.5 million followers on Instagram in addition to being the #1 most watched Surf League competitor in the World. John John also has a taste for the film industry and has starred in numerous surfing movies including the #1 Action Sports Film of all time, "Views From a Blue Moon." He's also the host for "The John John Show," which has become the most watched sports show in Brazil. John John has handled his surfing prowess and fame with humility, style, and honesty, and has managed to thrive under the heavy weight of high expectations.