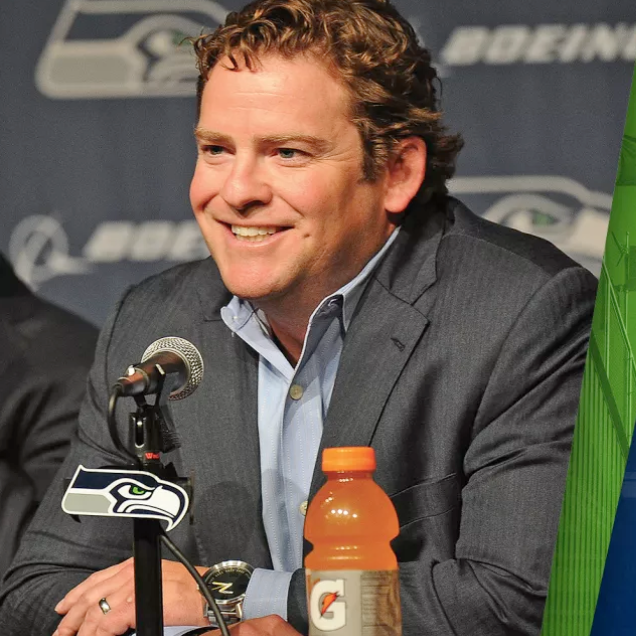 John Schneider is the current General Manager for the Seattle Seahawks of the NFL. He is entering his 11th season as the GM of the Seahawks and his 8th season as Executive Vice President for the team. Schneider was hired the same year as Head Coach Pete Carroll and the two have worked together to make the playoffs in 8 out of their 10 seasons, including winning Super Bowl XLVIII in 2014. Schneider focused on building the Seahawks Super Bowl-winning roster through the draft, with only four players on the 2014 team that were on the roster when Schneider took over. His late-round drafting has been incredibly impressive, selecting players like Richard Sherman, Russell Wilson, Tyler Lockett, Kam Chancellor, and KJ Wright all in rounds 3-5.

Before his time with the Seahawks, John spent over 15 years with various NFL teams in various roles beginning with The Green Bay Packers in 1993 as a scout. In 2021, Schneider signed a six-year contract extension which will keep him in Seattle as GM until 2027.

Book An Experience With John Schneider