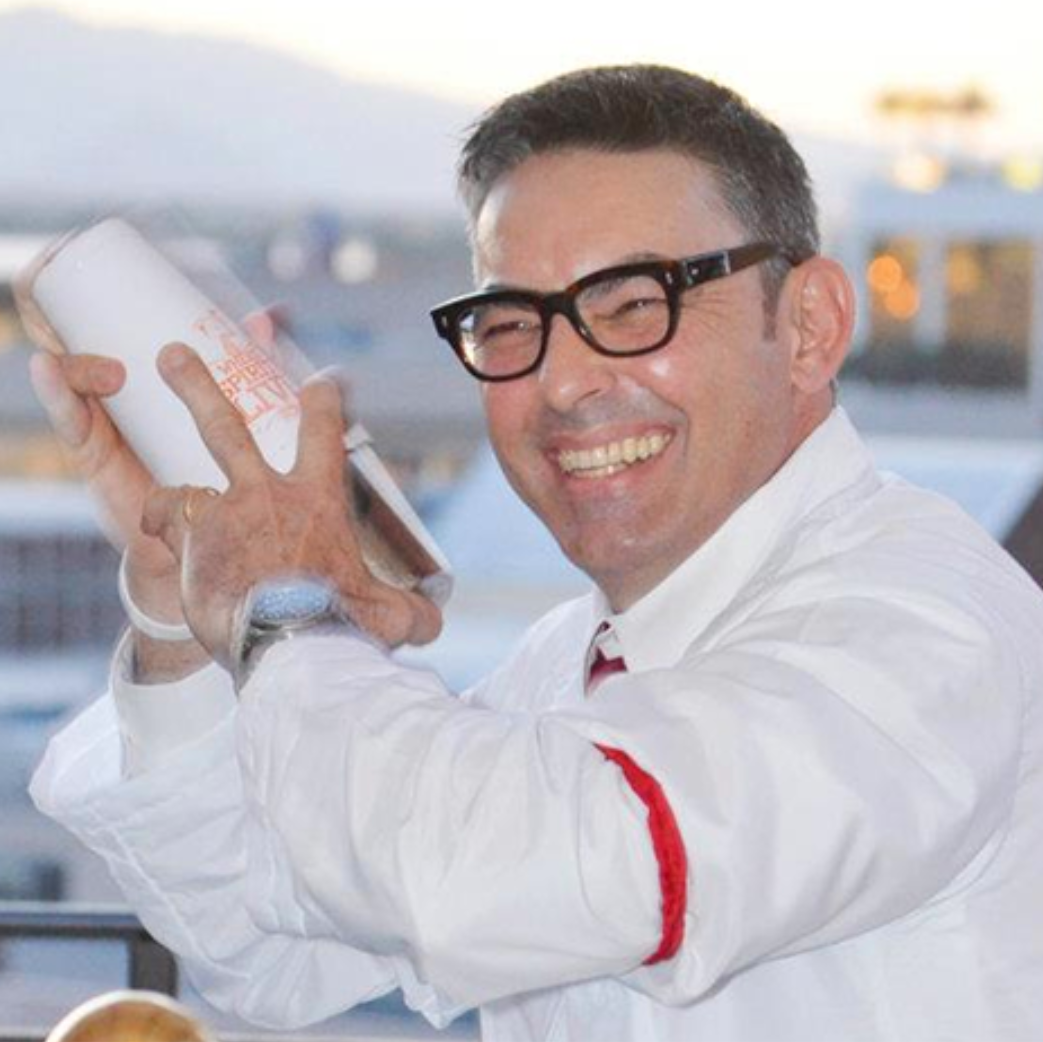 Julio Cabrera is one of the most influential bartenders in the world, and the face of the Cantinero movement in the United States, bringing a Cuban style of bartending to bars across the world. He is the founder of Cafe La Trova in Miami and has been working for nearly 30 years as a Cantinero-Bartender in his native Cuba, Italy, Cancun, as well as Miami.

Cabrera was born into the industry, as his family owned a bar in the 50’s and 60’s. He began in Cuba, winning national cocktail competitions and gaining the attention of the Havana Club. He then worked in Cancun, where he connected with chef Michelle Bernstein who brought him to Miami. He worked for years at her restaurant, Michy’s, and helped put the restaurant’s bar onto Esquire Magazine’s 2012 “Best 100 American Bars”. Cabrera then opened the Regent Cocktail Club in Miami, as well as the Cafe La Trova in Miami’s Little Havana.

Cabrera resides in Miami, working to bring accolades to Miami’s cocktail scene while training bartenders in the Cantinero way.

Book An Experience With Julio Cabrera

Submit a request to book Chef Cabrera for a virtual cooking demonstration for your fa...